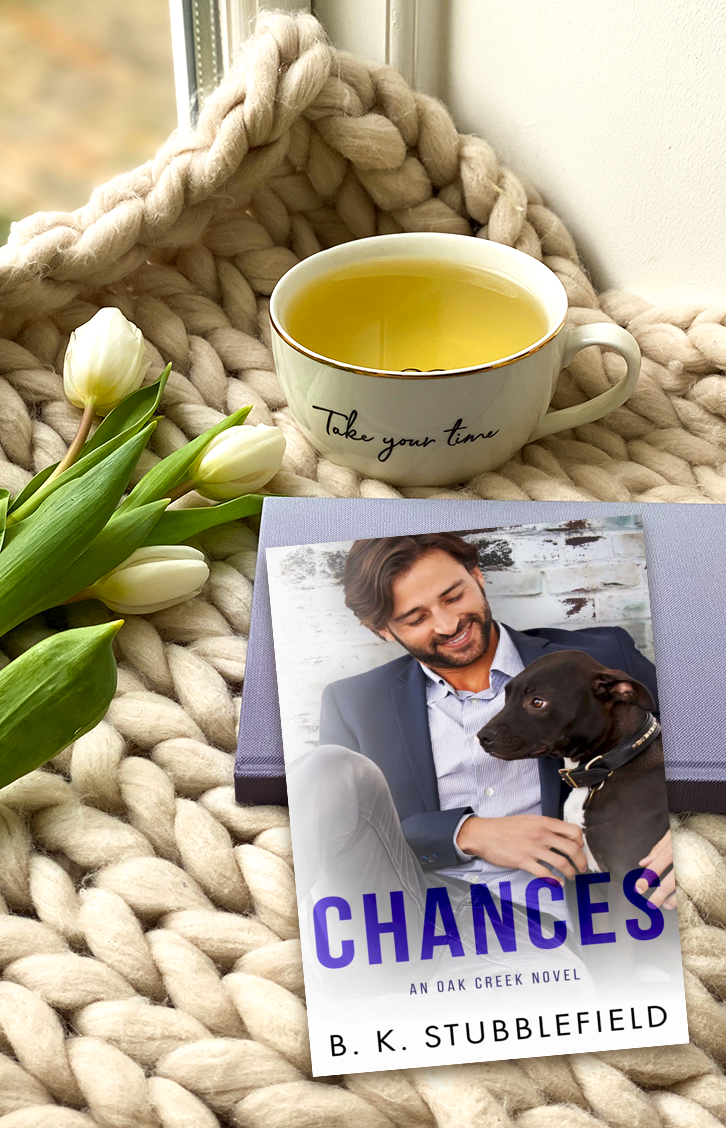 She manages a dog shelter; he never owned a pet.

For Haley Redmon, must love dogs is more than just a saying. She'd never wanted a romantic relationship with a man who didn't get along with her animals.

Austin Young was not looking for a romance when he came to Oak Creek, but he wasn't about to turn his back on it, either.

And Haley, is perfect... except for her insistence on adopting an intolerable, destructive puppy.

With so many animals to care for, he can't help but wonder if there's even room in her life--or her heart--for him...

My world is filled with damaged animals, sad stories, abuse, and abandonment. Can you truly understand when your world is nothing like mine?

On most days, Haley Redmon absolutely loved her work, which was a good thing. It would have been an awful blow to realize she’d given up her job as a paralegal to run an animal rescue organization for a meager salary, only to conclude managing a shelter was a migraine-inducing venture.

Today was such a day... migraine-inducing, that is. Because three days ago, a rescue mission of epic proportions, which Barkville had not seen in its four-year existence, set her hair on fire. Standing by the stove, waiting for the water kettle to boil, she recalled answering her phone.

"Hi, this is Carol Padgett from the Oak County Attorney's office, calling for Haley Redmon." Haley couldn't say why, but red flags went up as she confirmed, and Carol Padgett continued. "To get straight to the point, we have an animal hoarding situation in Oak Creek, and we are looking at a large-scale rescue. We’re expecting to remove possibly over one hundred dogs and cats from a single-family residence. Would you be able to assist with the removal and housing of these animals?"

Carol’s words sent Haley’s brain into overdrive. Wow! Over one hundred animals. Holy mackerel. She didn’t hesitate for one second. Of course, Barkville would assist. Her mind clicked ahead—how many animals could they shelter, and who would help with transport, bathing, feeding, and whatever else was needed?

"Thank you, Miss Redmon. I will call back with the details. To avoid tipping off the resident’s owner, please share this information only with your closest staff."

"Of course," Haley agreed. She understood Carol’s cautioning, but shouldn’t that be a given?

Wow was right. Everyone at Barkville would have their hands full today. Haley poured boiling water over a tea bag dangling from a string into a mug inscribed with Mornings can be Ruff in black scrolls, which couldn’t be more fitting. So, what if tiny chips peppered the rim? The mug was her favorite, a gift from her best friend, Keira, after the approval of Haley’s non-profit application gave birth to Barkville Rescue, and she became the organization’s director. Keira knew her well. Yep, Haley was as far removed from an early bird as a night owl could be from a lark. Although right now, her mind resembled a buzzing beehive, and every muscle in her body tensed with the prospect of today’s dreadful, stomach-churning task she’d readily agreed to.

Carrying her cup to the patio door, Haley watched her dogs, Jake and Maxwell, for a moment as they did their morning thing. From the way he crisscrossed the half-acre yard, gentle Jake, a yellow lab/St. Bernard mix had picked up a scent. His sidekick and troublemaker Max, a deep-brown energetic ball of unknown breeds, lifted his leg on the bare wisteria branches climbing up the trellis over the side gate. Jake and Max were her rescue kids.

Steam curled from her mug, dancing briefly in the air, then dissipated as she sipped and gratefully accepted the hot liquid sliding into her belly. As the sun rose, burning off the early morning mist, she knew the frantic activities of the last three days would pale compared to what was on tap for today. Dog rescue was her business and passion, but it was often demanding, heartbreaking, and unappreciated. Sometimes it just sucked.

Especially when owners surrendered or abandoned dogs when they became too big, barked too much, shed too much, or became pregnant, and their owner didn’t want to deal with a litter of pups. Sometimes, she found them tied up and left outside the building, because, well… the good folks at the rescue would take care of them and find a new home. Jeez. Some folks shed their responsibilities like snakes slithered out of their old skins.

Then there was a whole other level of cruelty. Where the ones collecting animals like others collected garden gnomes became a danger to themselves. Hoarders. Whew.

People sucked. There, she’d said it.

When someone adopted one of her kids, giving them a loving home, and treated them as family members, Haley cried. Happy tears, as her fur baby loped away with a wagging tail next to their new parent. And each time they did, she changed her mind.

On that note, time was flying and she had to get moving. While she showered and dressed, Jake and Max could stay outside a little longer chasing squirrels up the maple trees or flushing rabbits from the clumps of ornamental grasses.

As the first streaks of pink and orange peeked over the horizon, Hailey hotfooted it to the kitchen, rinsed her cup, stowed it into the dishwasher and dashed into the bathroom all the while wondering if she should count herself lucky, crazy, or simply doomed to fail in running a non-profit organization for animals.

Lucky, because she could count one-thousand percent on her volunteers. Crazy, because the rescue building could hold thirty-five animals and the county attorney’s office needed space for over one-hundred. Possibly doomed, because the roof plus the HVAC system needed replacing while Barkville’s coffers barely covered the humongous electric bill each month. Millie, a retired art teacher and vigorous supporter—bless her heart—offered to pay for the roofing materials and currently petitioned Harold Miller, owner of a local construction company, to donate the labor. Haley smiled. If anyone could pull strings, it would be Millie. Yeah, people were great, and some were saints.

Unless said saints swooped like vultures onto a property owned by an older lady, to take one hundred plus animals from her home. Those who knew of the woman called her sweet, compassionate, and caring. Her heart for animals knew no bounds. But Hailey, her team, and all the others involved in today’s rescue mission weren’t vultures, and the sweet lady was an animal hoarder.

What time was it? Haley hurried into the bedroom. A quick peek to the clock on the nightstand and she made a mad dash into the walk-in closet. Ten minutes, and she still had to take care of the dogs. Pulling her oldest faded jeans from the closet, she tugged on a t-shirt sporting the rescue logo, and slipped one foot into a black and white sneaker.

From the living room, she heard the weatherman come on TV, raving about the splendid day ahead. "We’ll have another sunny day with above-average temperatures for most of our viewing area…" Having picked up the important stuff, Haley tuned him out. No doubt, she could get used to above average temperatures minus the sticky humidity. June was a gift from the weather gods, and today would be no different. Thank heaven for small favors.

Come on, come on. Where was her other shoe? Well, it wasn’t in the closet. "Dang it, Max…" she mumbled, would she ever remember to shut the closet door? She found the missing sneaker in the bedroom, peeking out from under the dresser. Slightly chewed on and wet around the heel but luckily, the shoe had survived Max’s teeth. Unlike a pair of Italian loafers, handmade and of the finest leather that Max had torn into just a few weeks earlier. . . Austin’s shoes, her ex's.

Oh, great, her hair was a mess, but an easy fix. She twisted the tresses into a ponytail while rushing to the patio door and calling her fur kids. Jake leaped toward the house with his tongue dangling from the side of his mouth.

"You’re going to wear that goofy face all day?" She smiled and rewarded him with a pat on his head and a biscuit.

"Max," she called again, and when the damn dog didn’t listen, she turned up the volume. "MAXWELL… COME. NOW." Eventually, the animal came inside on a lazy stroll. Good grief. As much as she loved the sweet mutt, sometimes his stubborn head could shred her last nerve, especially when she needed to get moving and Max ignored her. "Oh, Max," she huffed. "Will you ever grow up?"

As she closed the patio door, Austin, the man she’d fallen in love with and who’d shared her home for a few months, crossed her mind once more. Max—the reason she couldn’t be with Austin—sank to his haunches and slanted his head as if saying, "Whatever do you mean, Mom?"

Not that Austin didn’t care for her dogs, he had, but being an intolerable, hyper-active puppy, Max had put their new and fragile relationship to the test. Truth be told, the dog could tax the patience of a saint. At least, that’s what it had boiled down to. All things she didn’t want to think about right now.

Haley breathed deeply through her nose and exhaled slowly. "Maxwell, you do know you’re a dog parent’s worst nightmare, don’t you?" She’d joked about Max being her puppy on steroids, but there was nothing funny about it. Flunking obedience training, Haley defined his listening ratio of about two to ten as progress. She knew better than to reward Max after he’d ignored her command, but the soft spot inside her heart made her hand over a biscuit, anyway. She couldn’t help it.

Shrugging into a lightweight hoodie as she made her way to the kitchen, Haley snagged her phone from the charger and fished her keys from the catch-all basket on the counter. She grabbed her backpack, which dangled from the back of a chair, and slung it over her shoulder. The soft-as-lambskin leather satchel had been a Christmas gift from Austin. She loved this bag and used it all the time. Good God, but why did he keep getting into her head this morning?

Was it because when Christmas came this year, she’d be spending the holiday in the same way she had before Austin? A phone call to her dad who, until recently, had been a stranger for most of her life. Followed by FaceTiming her sister, who’d married a Brit and had moved to the UK.

Haley stepped outside, texting her friend Keira that she’d be there in five. In less than an hour, she wouldn’t have a second to think about Austin.

What people are saying 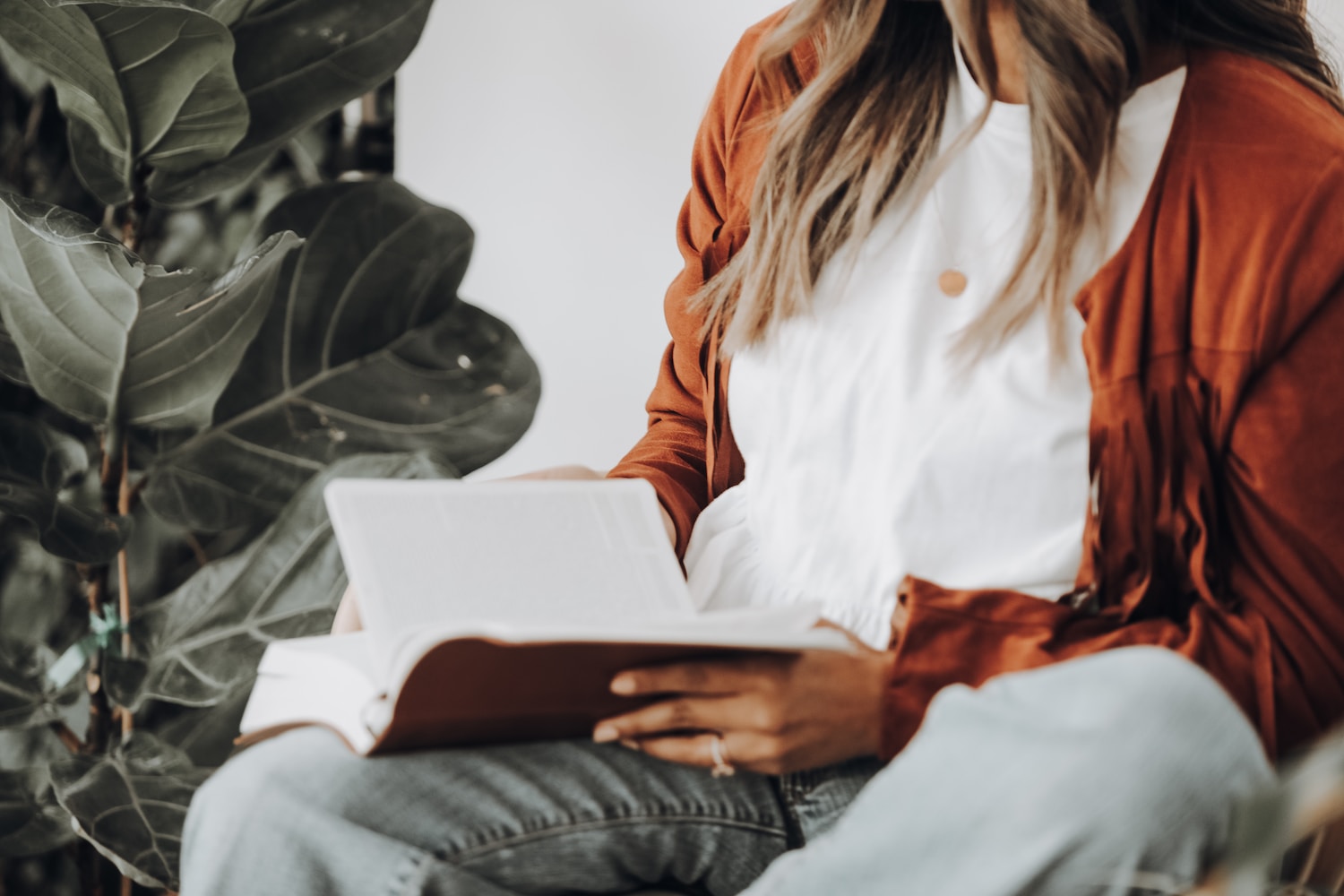 This is an adorable small town romance. The book is a well written, sweet story with just enough steam. The characters are heartwarming and charming. I loved the storyline and cute animals, even the destructive puppy. The book offers love, laughter, a HEA and plenty of rescue animals. 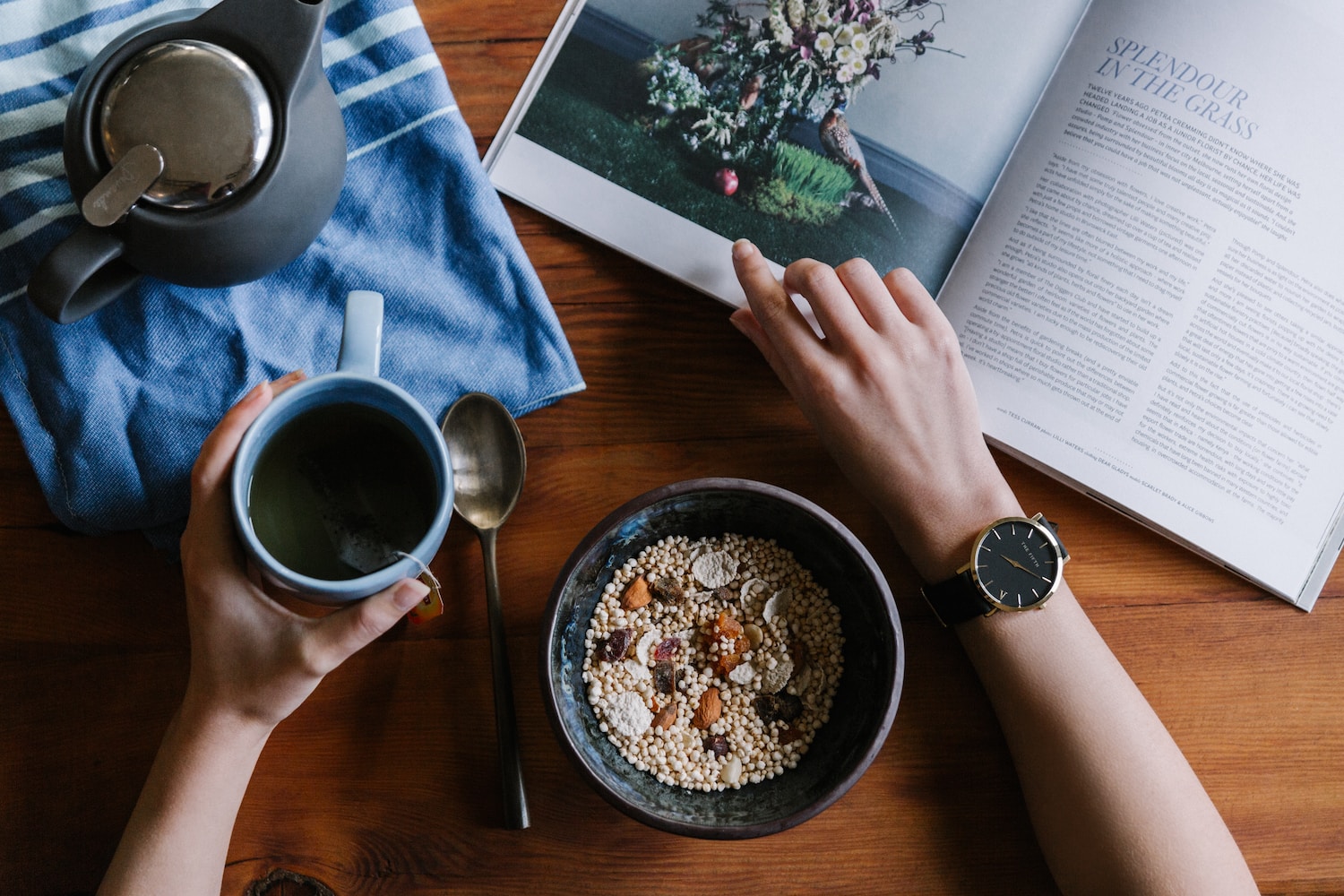 Do you like romance? A story with lovable dogs? A happily-ever-after? A bit of surprise?

This is the book for you. I fell in love with the characters--both human and fur babies. You will too! 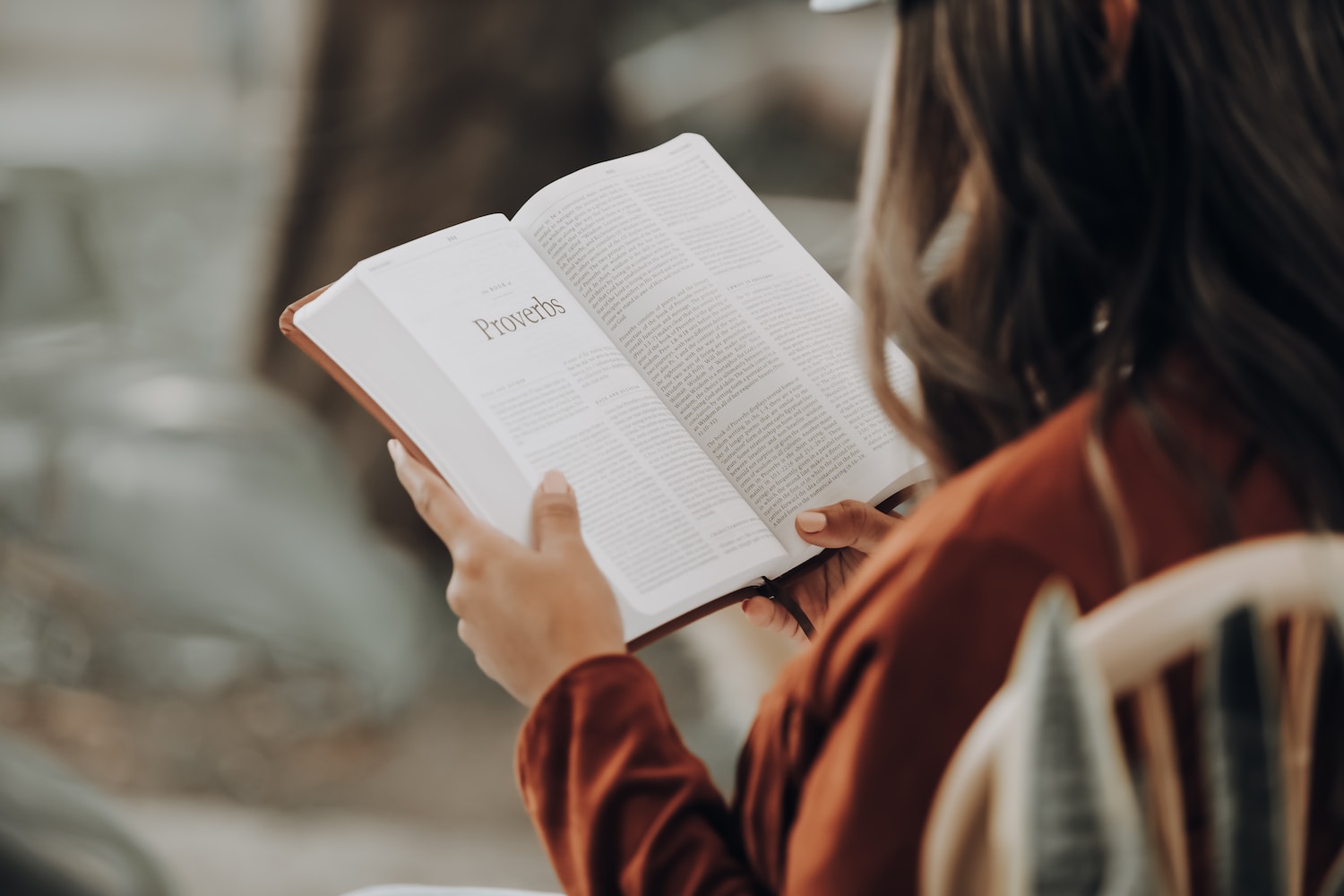 Cleverly written the story draws you in from the start. Haley is passionate about her job and taking care of the pups and Austin is a guys guy looking to get back into her good graces. Sweet, fun and romantic --- a 5 star read for me! Highly recommend.