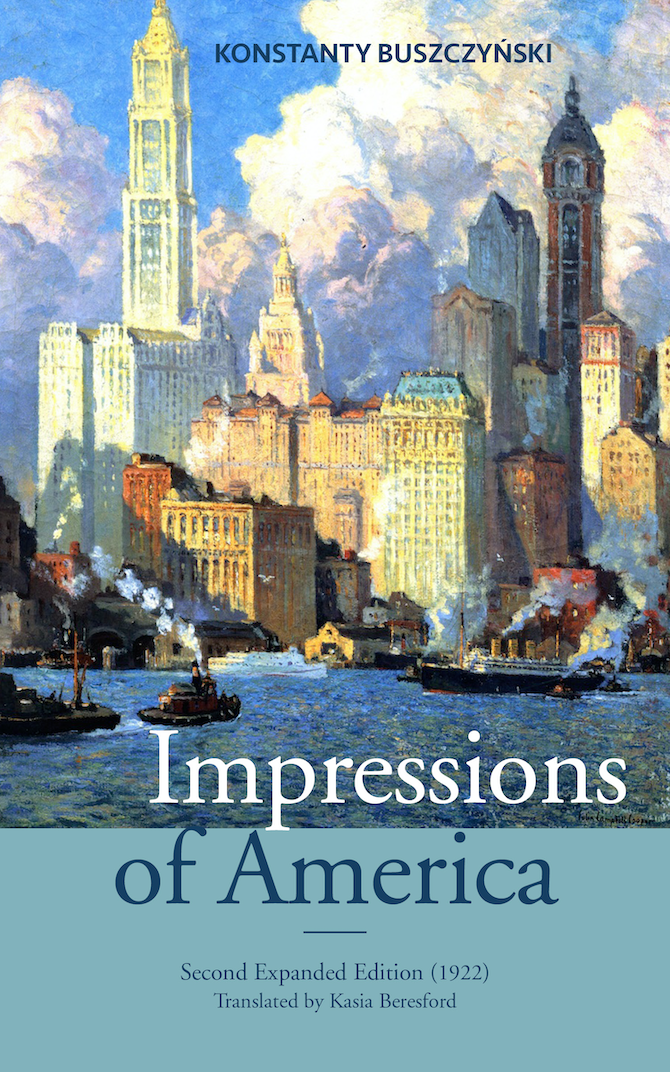 By Kabaty Press
With a foreword by Dominic A. Pacyga, Professor Emeritus at Columbia College Chicago and author of American Warsaw: The Rise, Fall and Rebirth of Polish Chicago

When Konstanty Buszczynski travelled to America in 1910, it was the start of a love affair that would culminate in his appointment as the first Polish Consul of New York. Impressions of America is his account of that first voyage, and his musings on the place of the United States in the world. Buszczynski’s lively writing touches on many different aspects of American life, from analysis of the political and economic climate to comments on the nuances of ‘cow-boys’ and a visit to Niagara Falls.

Impressions of America was published in Polish in 1922, and has never before been translated into English. It is a valuable primary source regarding the United States around the turn of the last century, as well as a record of contemporary attitudes in both the United States and in Europe. For anyone with an interest in American history, it is an entertaining and illuminating read.