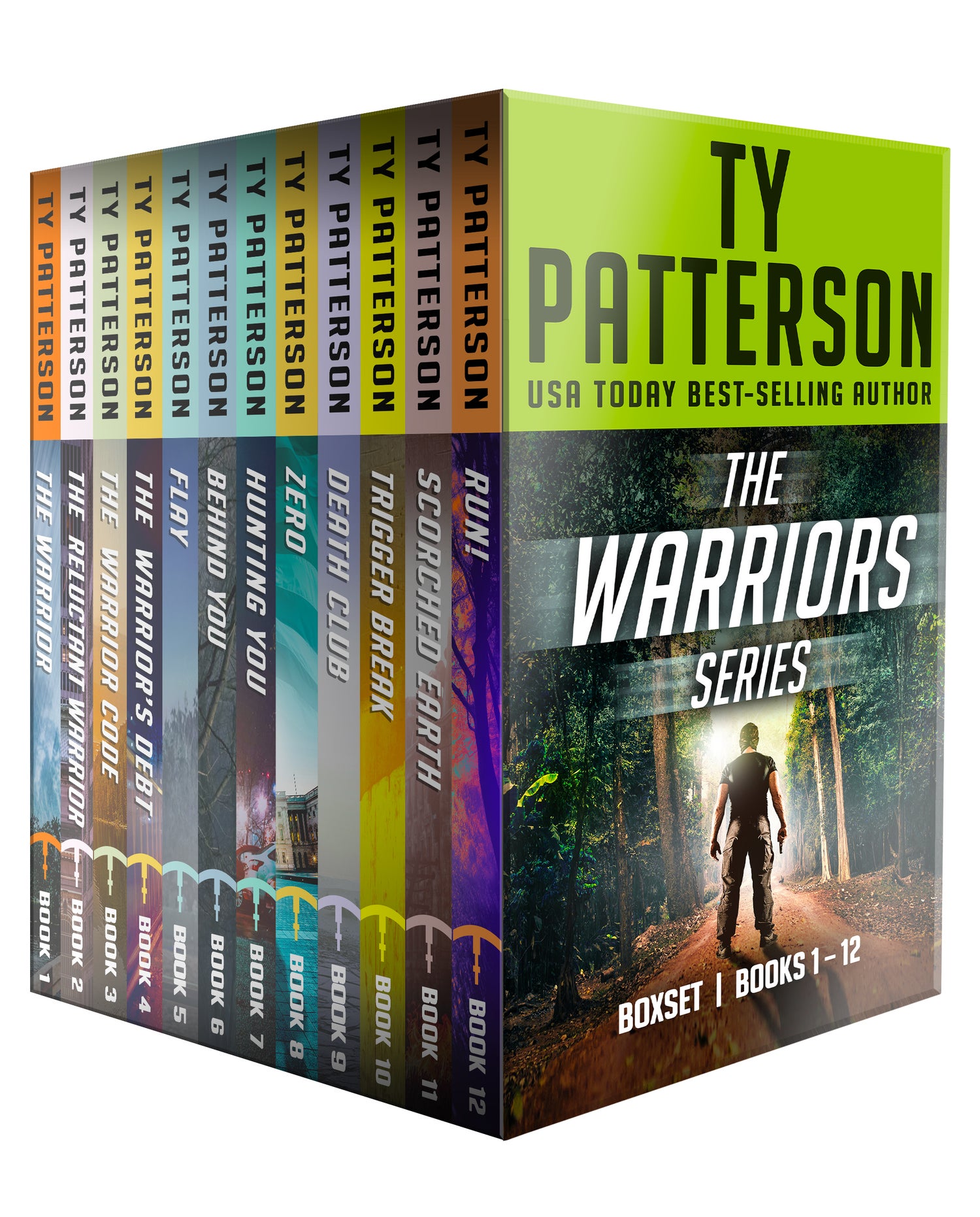 ENTER THE PRICE YOU WISH TO PAY IN THE PRICE FIELD*

ALL TWELVE BOOKS IN THE WARRIORS SERIES IN ONE BUNDLE, THE BOOKS THAT LAUNCHED THE ZEB CARTER THRILLERS

A SOON-TO-END OFFER. AVAILABLE DIRECT ONLY. NORMAL PRICE WOULD BE $39.99

On Buying, Wait For The BookFunnel Email And Follow Its Instructions

📚Zeb is a Specialist, a Troubleshooter - a Private Military Contractor if you want to be nit-picky.

In an earlier life he was with US Special Forces. Some would say he is a mercenary. He is hired around the world for his skills in finding things. Things such as stolen nuclear warheads or terrorists. He is also hired for finding people. Hostages kidnapped for ransom, soldiers held prisoners in enemy territory, civilians held hostage by wackos, finding anyone really.

He has often acted as body guard, security consultant, or a protector. Sometimes he is hired to make people disappear. Bad people, roaches. Some call him an assassin. He knows he isn’t one, but can do that job better than the best assassins in the world. Labels don’t bother him. His job is a violent, high risk one. He wouldn’t do it if it wasn’t.

Armed forces across the world hire him, as do police forces, national governments, Hollywood stars, and billionaires.

His last assignment had been to retrieve a stolen Russian nuclear warhead.

He had to work with the Agency as well as various covert government organizations in Europe, USA, and Russia, infiltrate a few terrorist cells, and negotiate with the world’s most wanted arms dealers before locating the warhead in a mosque in Detroit. He had then called in the Agency, who in turn had called a few WDE (We Don’t Exist) organizations to conduct a dawn raid on the mosque. He was part of the team that went in; it was his finger that pulled the trigger splattering the brains of two members of the cell.

He had flown to New York for his debrief at one of the several anonymous offices maintained or temporarily occupied by various Federal agencies.

Andrews was waiting for him in the colorless office.

‘We have something else for you, if you’re interested.’

That was Andrews. Good at small talk.

He wordlessly handed it across.  He had worked with Andrews for a long time, could easily read him, and he knew Andrews wasn’t really interested in his report. He would have been thoroughly debriefed by the WDE agents. Andrews was here to stoke his interest in the next assignment, whatever it was. Andrews was a first rate handler who gave him interesting assignments and for that he could tolerate his boring games. For a short while.

Andrews finally put the report down, drummed his fingers on the desk, looked at him, then away and then back at him.

Andrews waited for his response. Realizing it could be a long wait, Andrews continued.

‘As you know, the Democratic Republic of Congo (DRC) has a UN Peace Keeping Force (UNPKF), which has not been particularly effective in keeping the peace. In fact the UNPKF has been accused of not doing enough to keep out rebel troops, of being involved themselves in drug and gold smuggling.’

Andrews waited for a response, got none, and forged ahead.

‘But the UN Force is not what is troubling us. There are a bunch of military contractors out there, gone to train the DRC’s army. Six of them. The Agency has used them in the past but stopped dealing with them. Too brutal. Don’t play by the unwritten rules in our game. They deal with multiple paymasters at the same time and some of those paymasters are the bad guys. That’s bad with a B. Folks we would terminate. Hence the Agency black listed them. Now over the past few months there have been whispers of military contractors actively working with the other side, the Democratic Forces for the Liberation of Rwanda.’

‘Democratic Forces for the Liberation of Rwanda, aka FDLR. That’s the French name for them. And don’t even ask me why a force for the liberation of Rwanda is active in the DRC but they are, and are fighting the DRC government troops, who we are backing.’

‘The chatter is that these contractors are not just working with the FDLR, but have gone rogue. Now the fucking thing is we haven’t a clue if these rogue contractors are the ones who had gone to train the DRC troops. The intel is not the most reliable out there. The Agency blacklisted those six but it would be a political minefield if the rogue contractors turned out to be the six the Agency used in the past. China is expanding its presence in Africa and we want to be seen as the good guys. We want you to go to the DRC, find out who those guys are, and what the fuck they’re up to. No action. Just investigate and report.’

Andrews waited for an explanation, got none, and did his routine of looking away and back, and drumming his fingers.

‘Yes, I thought you’d say that. Not challenging enough for you, I expect. Hang on a second - I want you to meet someone,’ he said, and slipped out of the room. He came back with the Director.

And then it became personal.📚

You will get a EPUB (9MB) file