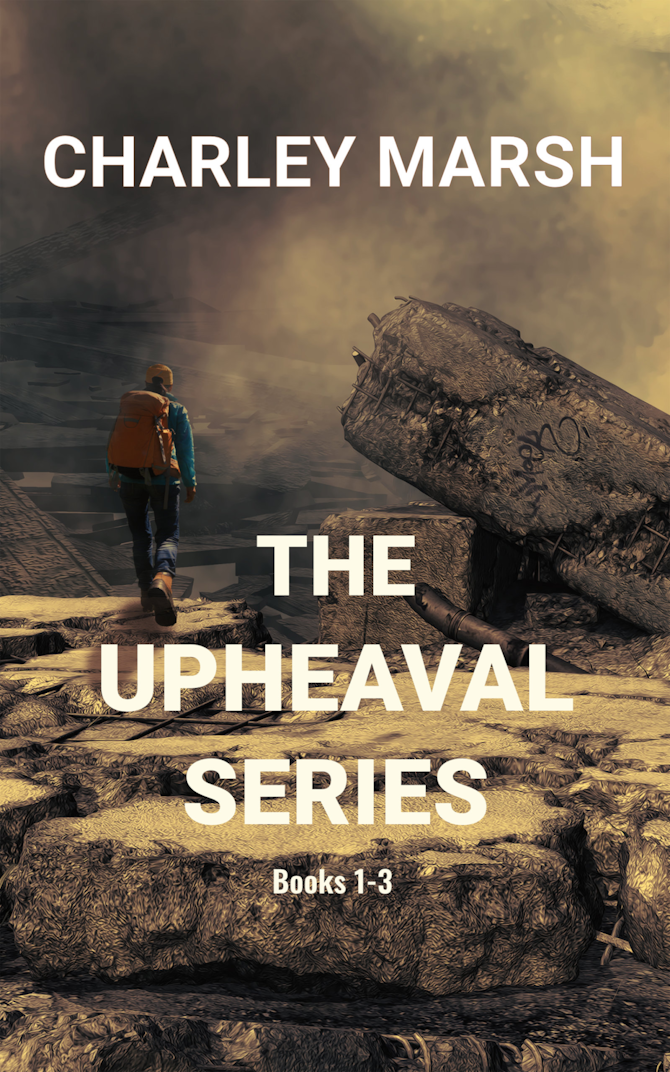 Courage is the mastery of fear. Mark Twain

Three quarters of the earth’s people wiped out. No power. No phones. No fuel for trucks to move food into the cities. Panic and anarchy rule.

Her family gone, young Sydney Waters faces the greatest challenge of her life when she sets off to find a family friend she hopes will help her. A man who may or may not still be alive. A journey of a thousand miles. Alone and on foot. A journey that will test her every step of the way.

SLOW WALK, the first book in the Upheaval series, brings alive a world where the rules of civilization no longer exist and survival often means choosing who deserves to live—and who should die.

Sanity is madness put to good use. George Santayana

Sydney Waters stares out over the brittle, dry landscape three hundred feet below, sunken land that used to be Nebraska. How to cross four hundred miles of desert with a blind man and a dog?

Before Sydney can change course, the cliff edge breaks away, tumbling her blind companion down into the desert. Their only option now is a dark cave in the cliff that leads deep beneath the state, into the depleted Ogallala aquifer. Not an issue for a blind man, but uncomfortable and scary for Sydney.

Book Two of the Upheaval Series takes Sydney and her companions on an extraordinary and unexpected adventure in a world turned upside down.

Survival can be summed up in three words–Never Give Up. Bear Grylls

Sydney Waters finds herself alone in the harsh and unforgiving Rocky Mountains. No sign of Jordan or the great hound, Dogma. The threat of snow in the air. Her choices whittled down to one: she must continue alone toward her destination.

With many miles left to walk and winter closing in, the temptation to give up becomes overwhelming. But to give up now means sitting down and waiting to die. After coming this far, does Sydney really want to end her journey with a whimper?