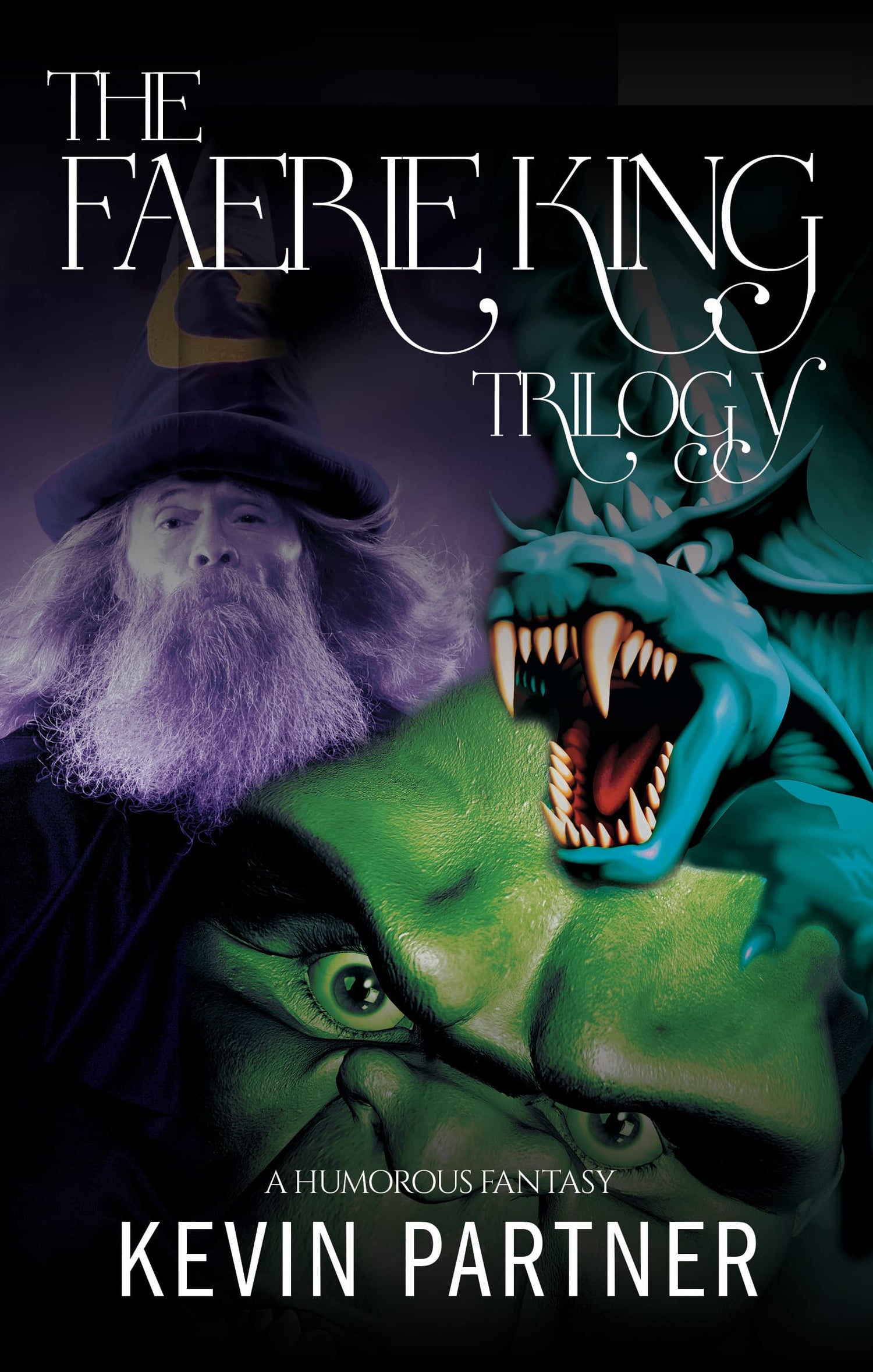 "Fans of George Takei and Terry Pratchett will love this book. Go ahead, read it!"

"Couldn't turn a page without a chuckle, a chortle or a good old fashioned guffaw!"

"This is an adventure story with bits of madness, magic, a budding bit of romance, and an air force wing of fighting chickens."

Where two worlds meet, the jealous eyes of a Faerie King peer from the darkness as he gathers a slave army of subjugation.

Set against him and his dark horde is:

the girl he’s shy of,

and a pioneer of chicken-powered aviation.

Oh, and a sadistic young noble with a grudge against the universe.

The Faerie King Trilogy gathers together all three books in this hilarious and dramatic comic fantasy series. Meet witches, trolls, dwarfs, goblins, dragons and elfs in a thousand page story that is gripping and funny, across three fantastic worlds only one of which is like our own.

If you enjoy the Discworld novels of Terry Pratchett, The Hitchhiker’s Guide to the Galaxy by Douglas Adams or anything by Neil Gaiman, then you’ll love this new fantasy series.
You will get a EPUB (947KB) file
Share on Facebook and get 10% off — share now