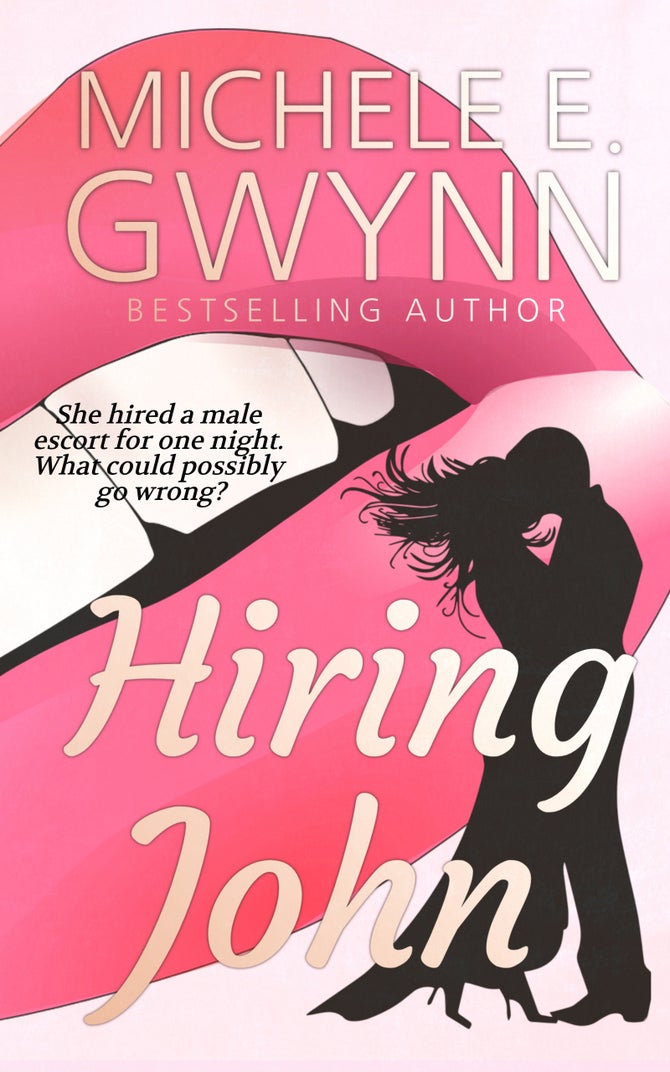 By Michele E. Gwynn
Regularly priced at $3.99 in retail outlets, but when you buy direct from the author, you only spend $1.99! Grab this hilarious rom-com today!

She hired a male escort for one hot night! What could possibly go wrong?

A promotion sends Londoner Britain St. James across the ‘pond’ all the way to Sin City, USA -- Las Vegas. But success isn’t smelling quite as sweet as she realizes she’s middle-aged, single, and with no manly prospects on the horizon. Having no one to share her achievements with sucks, and her man-hungry assistant, Kathy, doesn’t count! As the melancholy sets in, the complimentary drinks flow, and Brit decides that “When in Rome” she should do as the Romans do, if the Romans hired male escorts! Before she loses her liquid courage, she makes the call, ordering herself a hot, man-sandwich!

J.D. Russel is stuck sitting in boring seminars in what is supposed to be the adult playground of America babysitting his boss’s annoying son. Sure, Jesse is also his coworker, but J.D. doesn’t care. Recovering from a bad divorce, he craves fun, excitement, and just a little depravity. When he meets a saucy redhead who whisks him off to bed, he feels his prayers to the powers that be have been answered.

Sexy hijinx ensue when Brit hooks up with her man-for-hire. Mistaken identity turns to miscommunication as one awkwardly hilarious one night stand brings two lonely hearts together only to tear them apart. Can they overcome crazy first impressions, and will Brit ever be able to live with herself again after hiring John?


"A book that delivers...It is a modern day adult farce once a popular genre with mistaken identities, compromising situations and in more stricter times literally caught with your trousers down...Pure Vegas but delightfully witty and summing up why this is such a pleasurable read." ~ Richard/Goodreads Review


Hiring John was previously published under Xaviera Snow, Bestselling Author Michele E. Gwynn's pen name for passionate romances. The pen name is now retired so we can focus on bringing you great stories under the author name you know and love. Enjoy! ~ Team Gwynn

This file is for: