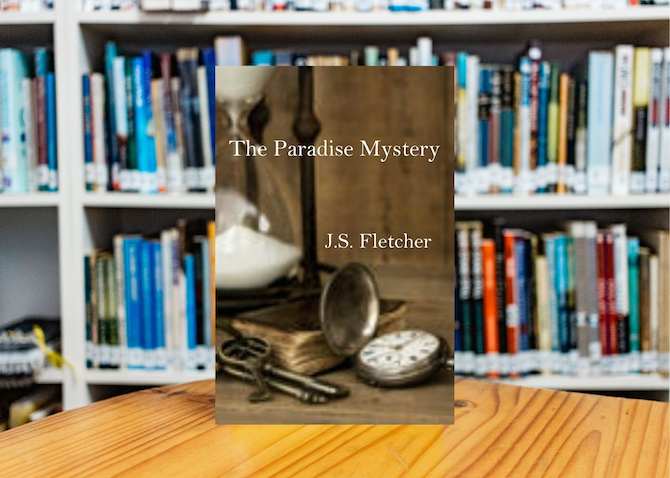 By Riley's Bookshelf
It was characteristic of Pemberton Bryce, he always walked into a room as if its occupant were asleep and he was afraid of waking him. He had a gentle step which was soft without being stealthy, and quiet movements which brought him suddenly to any body’s side before his presence was noticed. He was by Mark’s desk when he knew he was in the surgery. Mark’s sudden realization of his presence roused a certain feeling of irritation in his mind, which he instantly endeavored to suppress.
Within himself he was revolving a question…how would Bryce take it?
He had never liked this assistant of his, although he had been in his employment for nearly two years. There was something about Bryce which he did not understand and could not fathom. He had come to him with excellent testimonials and good recommendations.
He was well up to his work, successful with patients, thoroughly capable as a general practitioner, there was no fault to be found with him on any professional grounds. But to Mark his personality was objectionable why, he was not quite sure. Outwardly, Bryce was rather more than presentable. A tall, good-looking man of twenty-eight or thirty, whom some people…women especially…would call handsome. He was the sort of young man who knows the value of good clothes and a smart appearance, and his professional manner was all that could be desired. But Mark could not help distinguishing between Bryce the doctor and Bryce the man and Bryce the man he did not like.
Outside the professional part of him, Bryce seemed to him to be undoubtedly deep, sly, cunning. He conveyed the impression of being one of those men whose ears are always on the stretch, who take everything in and give little out. There was a curious air of watchfulness and of secrecy about him in private matters which was as repellent to Mark’s thinking, as it was hard to explain. Anyway, in private affairs, he did not like his assistant, and he liked him less than ever as he glanced at him on this particular occasion.
“I want a word with you,” he said curtly. “I’d better say it now.”
Bryce, was slowly pouring some liquid from one bottle into another, looked quietly across the room and did not interrupt himself in his work. Mark knew he must have recognized a certain significance in the words just addressed to him, but he showed no outward sign of it, and the liquid went on trickling from one bottle to the other with the same uniform steadiness.
“Yes?” said Bryce inquiringly. “One moment.” He finished his task calmly, put the corks in the bottles, labelled one, restored the other to a shelf, and turned round. Not a man to be easily startled…not easily turned from a purpose, this, thought Mark as he glanced at Bryce’s eyes, which had a trick of fastening their gaze on people with an odd, disconcerting persistency.