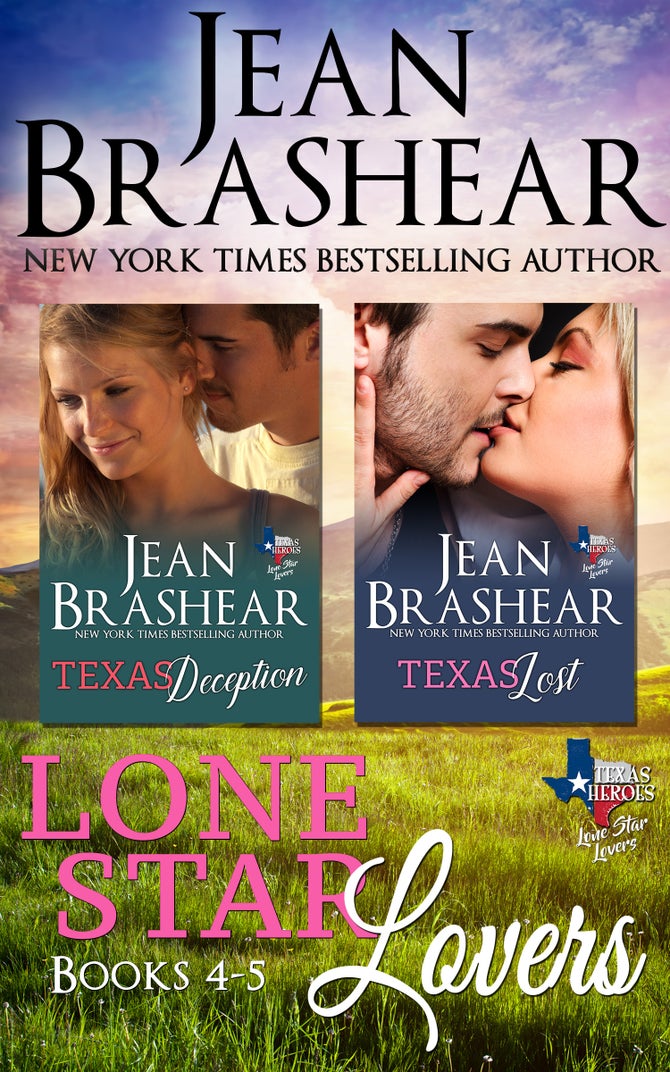 By Jean Brashear
Separated after the deaths of their parents, the Morgan sisters have been lost to each other for years, coping with the loss in different ways. In this second volume of the Lone Star Lovers series, middle sister Franny at last locates Diana, the eldest (of Texas Healer) and they search for the baby sister who was deemed too young to be left in their care when they were orphaned.


Texas Deception: Franny Morgan is a small-town café owner with an insatiable need to rescue lost souls the way she couldn't hang onto her two sisters after their parents died. Now she's involved in a letter-writing campaign to save the small dusty town where she winds up.


Nathan Russell is a down-on-his-luck carpenter who shows up on her doorstep, willing to trade work on her rundown building for food and a roof—not because the wealthy investor needs either but because he's determined to fulfill the obligations his brother abandoned, and the first step is to meet the blue-haired crackpot who won't stop writing him demand letters. Finding that the crackpot is actually a curvy blonde fairy with a heart as big as the world would be a very pleasant surprise, if not for the fact that he's lying to her with every breath.


Falling for each other is a very bad idea, and being together is an impossible dream…until fate steps in and forces their hands.


Texas Lost: Clarice Sutton, daughter of privilege, was raised to lead society, but that life feels empty, and she's taken a job her parents abhor: police department psychologist. Santino "Saint" Valdez—hard-nosed detective who is anything but saintly—is under investigation by Internal Affairs for killing a predator who richly deserved it. Now he's supposed to spill his guts to Miss Prim and Prissy? No way—not ever.


Yet the powerful attraction both feel from their first meeting complicates both their lives, and time spent together only makes their improbable bond grow. Saint's future depends on Clarice's professional opinion, and her feelings toward him are anything but professional. When Clarice learns that her whole life is a lie, the only person she trusts to understand how lost she feels is the very man she must avoid in order to save him.