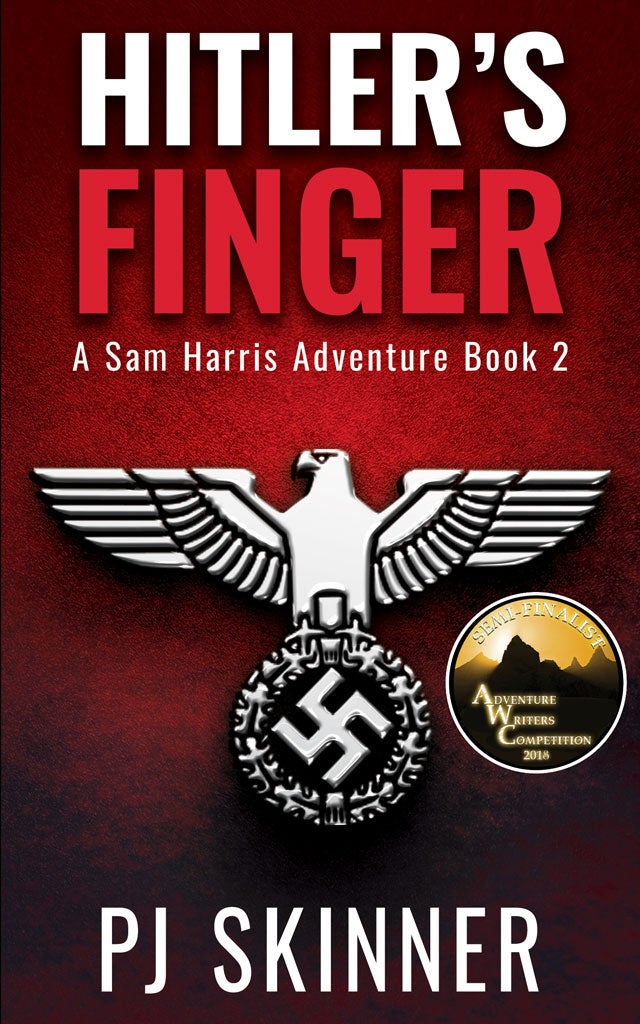 By PJ Skinner
A historian goes missing after stumbling upon a Nazi conspiracy. Can a courageous geologist use her skills to foil their sinister plot?

Start reading this fast-paced semi-finalist from the 2018 Adventure Writers’ Competition.

It’s 1988. Geologist Sam Harris needs an escape. When she learns that her friend, historian Alfredo Vargas, has gone missing in Sierramar, she gives her personal life some much needed space and takes the next plane there. But she never expected to be following the trail of a devious Nazi plot nearly 50 years after World War II …

Hidden in a remote mountain setting, the village’s dark history has remained a secret. If Sam fails to uncover it in time, the Nazis will ensure Alfredo’s permanent silence. Can Sam blow the lid on the conspiracy before the Third Reich makes a devastating return?

Hitler's Finger is the second book in the riveting Sam Harris Adventure series. If you like gutsy heroines, complex twists and turns, and heart-pounding action, then you'll love PJ Skinner's thrilling novel.

Buy Hitler's Finger to take down some modern-day Nazis today!