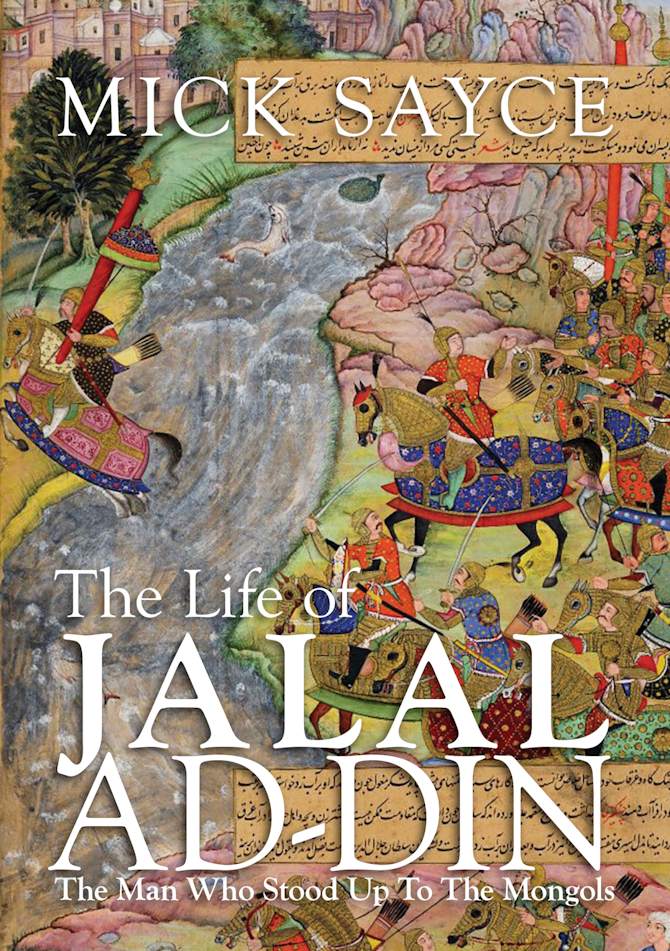 The Life of Jalal ad-Din

A chance meeting between two expanding empires would end in the complete subjugation of one and a continent-wide expansion for the other; but the victors would not have it all their own way. In 1220 the Khwarizmian Empire collapsed at the hands of the armies of Chinghis Khan, but Jalal ad-Din, the eldest son of Ala ad-Din Muhammad II Khwarizmshah, driven by a combination of revenge and duty after the ignominious death of his father, vowed to carry on the struggle against the Mongols and anyone else that stood in his way to regain his lands.

After initial success, defeating Chingis Khan’s stepbrother, he was disastrously defeated by the Khan himself at the Battle of Parwan, fought on the banks of the Indus River in 1221, and was relentlessly pursued into India. However, he was not prepared to sit back and wait. During his three year exile, he captured Lahore and a large area of the Punjab, but after a failed attempt at an alliance, he returned to Persia in 1224. Another defeat by the Mongols forced him to move westwards and he captured Azerbaijan, made Tabriz his capital and then marched on Georgia, where he sacked Tbilisi.

After yet another defeat, this time by the Seljuk Turks, at the Battle of Yassi Chemen in 1230, he was forced to escape in disguise and hide in the city of Diyarbakir (now in Turkish Kurdistan).

For a total of eleven years, he fought against the Mongols, the Seljuk Turks and pretenders to his throne, but sometime in 1231, while still in the city, he was murdered either by bandits or assassins hired by the Seljuks.

This booklet tells the gripping tale of the remarkable man and his exploits against one of the most terrifying forces ever to sweep westwards – the Mongols under Chingis Khan.

Mick Sayce (who also writes as A Michael Sayce) has been passionate about military history and wargaming for over 40 years. His interest – some people might say “obsession” – in the Mongol army of Chingis Khan and his family also began in the 1970s.

A native of Kent, it was, however, whilst living in Birmingham and working in the security business that he began writing military history booklets for wargamers on topics throughout history, mainly in areas for which current information was either scattered, sketchy or practically non-existent for the English speaking wargamer. At about the same time, he began writing occasional articles for magazines, including a series on Napoleon’s campaign in Italy, painting 6mm figures and the construction of homemade 6mm terrain. Most recently, he penned three series about the various campaigns of the Mongols.

It is these booklets that Gladius Publications are bringing back into publication, which is itself a labour of love because most of them are having to be scanned in and re-composed from old, photocopied editions!

Mick’s passion for the hobby has not diminished, although nowadays he spends more time painting and collecting than playing. He has built up a large collection of armies, mostly 6 and 15mm, ranging from Ancients, Asian Medieval, ECW, Napoleonic, ACW, WWI, WWII, modern and even Sci-Fi.