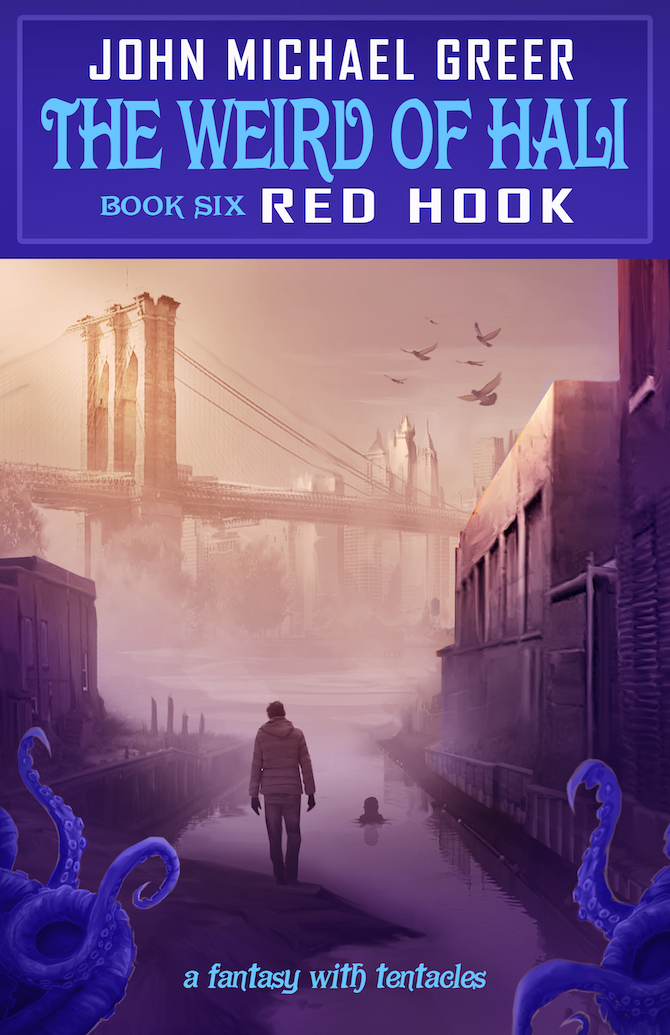 The Weird of Hali: Red Hook

The last thing Justin Martense wants to do is fling himself back into the ancient war between the Great Old Ones and their relentless enemies. Now that his family’s inherited illness has shown up, he wants nothing more than to wrap up eleven years of farming in the Catskill town of Lefferts Corners and figure out what to do with the rest of his life. Suddenly a letter from his old friend Owen Merrill shatters those plans—for Owen is in terrible danger in the Red Hook neighborhood of Brooklyn, and the letter carries a cryptic call for help. With his friends Arthur and Rose Wheeler, he hurries south through a half-ruined landscape to try to answer the call.

But more waits beneath the crumbling sidewalks of the decaying Red Hook neighborhood than Justin can imagine: a half-human sorceress with strange powers, shapeless horrors from the deeps of time, and a colossal device left buried in the living rock by the serpent folk of ancient Valusia, which may hold the key to the fulfillment of the Weird of Hali. The enemies of the Great Old Ones are in Red Hook as well, searching for the device, for Owen—and for Justin. Before he can overcome the dangers that surround him, Justin must gather the clues from a century-old mystery, journey through time into the forgotten past of New York City, obtain a key of silver from a long-dead witch, bring that back to his own time, and then take it into the deep places under Brooklyn—down a stair that no living person can descend...