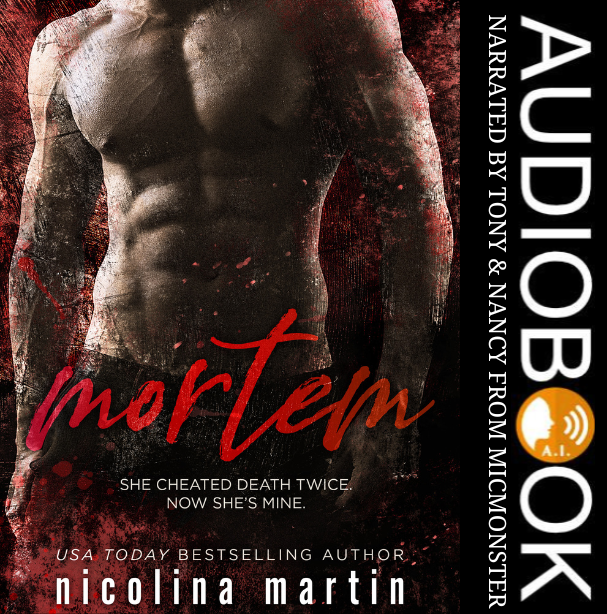 Two years after she was almost killed by her abusive boyfriend, Bree Elliott still struggles to move on, alcohol and sleeping pills her only support. She meets her soulmate, in a most unexpected way, when she’s taken hostage by Roarke in a bank robbery that goes to hell.

Ruthless hitman Roarke Brennan thought he had everything under control, but when a mysterious girl catches his attention, and a bullet nearly ends his life, he sets out on a chaotic path to destruction. Bree took everything from him. It’s time to return the favor.

Mortem is a PITCH BLACK romance that takes you to the deepest pits of obsession and passion.