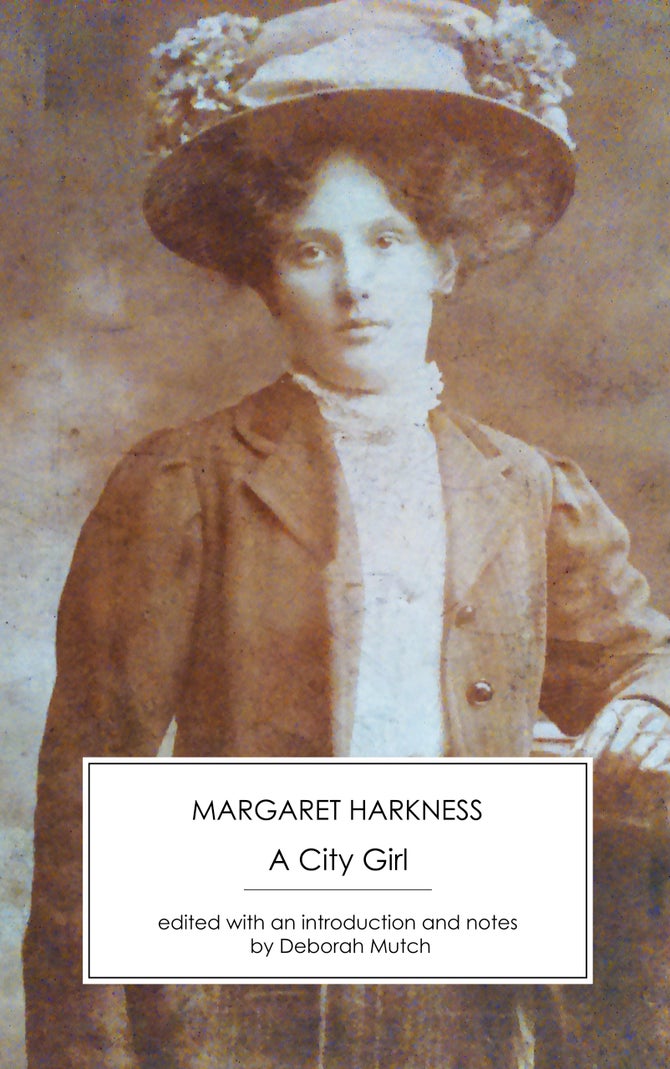 A City Girl by Margaret Harkness

Nelly Ambrose is an East End seamstress with ideas above her station. Discontented with her reliable but conservative fiancé, George, she falls for the urbane charms of middle-class Arthur Grant, a married man bothered by few moral scruples. In her first novel, Harkness presents a vivid and troubling depiction of working-class life in late-Victorian London. Based on her own experience of the slums, she exposes the appalling conditions experienced by women in the casual labour force and their desperate struggle for economic security.

Friedrich Engels famously wrote a letter to Harkness after reading her novel, describing it as ‘the old, old story, the proletarian girl seduced by a middle-class man’. While he praised her storytelling, Engels criticised her portrayal of the working classes as passive. In this critical edition, Deborah Mutch demonstrates that while Harkness eschewed revolutionary politics, A City Girl embodies her desire to marry socialist goals with human empathy.