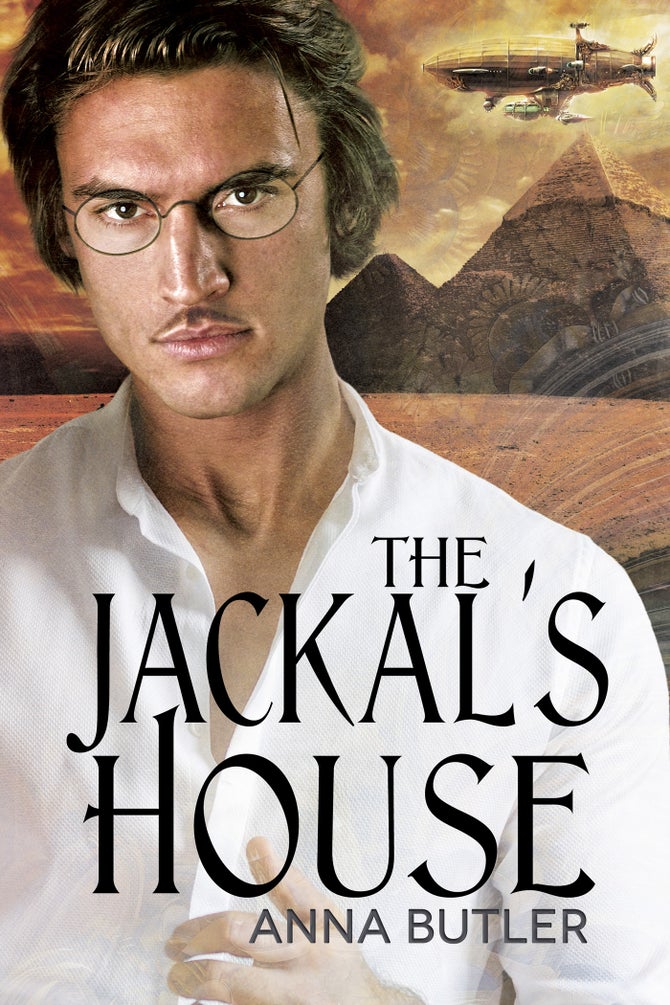 Something is stalking the Aegyptian night and endangering the archaeologists excavating the mysterious temple ruins in Abydos. But is it a vengeful ancient spirit or a very modern conspiracy?

Rafe Lancaster’s relationship with Gallowglass First Heir, Ned Winter, flourishes over the summer of 1900, and when Rafe’s House encourages him to join Ned’s next archaeological expedition, he sees a chance for it to deepen further. Since all the Houses of the Britannic Imperium, Rafe’s included, view assassination as a convenient solution to most problems, he packs his aether pistol—just in case.

Trouble finds them in Abydos. Rafe and Ned begin to wonder if they’re facing opposition to the Temple of Seti being disturbed. What begins as tricks and pranks escalates to attacks and death, while the figure of the Dog—the jackal-headed god, Anubis, ruler of death—casts a long shadow over the desert sands. Destruction follows in his wake as he returns to reclaim his place in Abydos. Can Rafe and Ned stand against both the god and House plots when the life of Ned’s son is on the line?