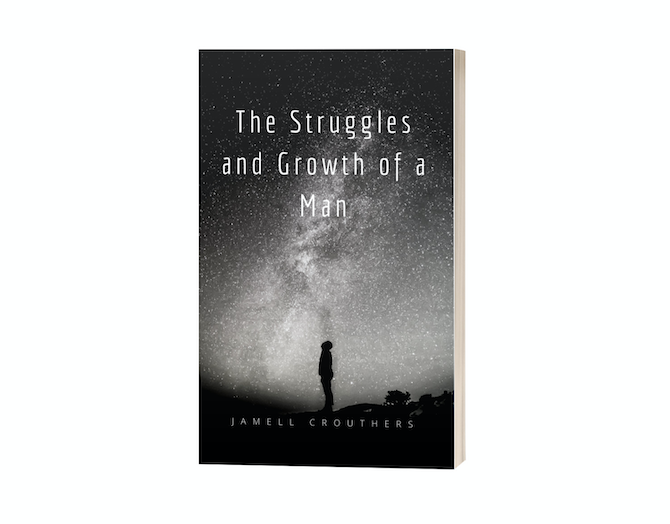 The Struggles and Growth of a Man Part 1 eBook

By Jamell Crouthers eBooks and Audiobooks
Do you ever wonder what goes on in a man's mind and the things they think about? The daily struggles that men go through in life? Well here is a poetry diary of a young man in his 20s named Robert. Robert talks about his daily life from the neighborhood he lives in, his childhood and family to growing up and maturing into a man in a society where things are criticized and not discussed.

He deals with a drug-addicted mother, a father who isn't around, a drug infest neighborhood with no male role model in his life. Throughout his growing process he talks about his growth along with his past mistakes and learning from a man who cared about him most, his high school guidance counselor.

His mistakes that he was able to escape from, couldn't be prevented by his younger brother who ends up incarcerated and Robert deals with the guilt of not being able to keep his younger brother off of the street corners of his neighborhood. Robert talks about how men do struggle and we all need a listening ear, a helping hand and a warm heart to help us grow. The journey of self-reflection and his future are what he chronicles in this poetry book and he looks to better his life one day at a time.