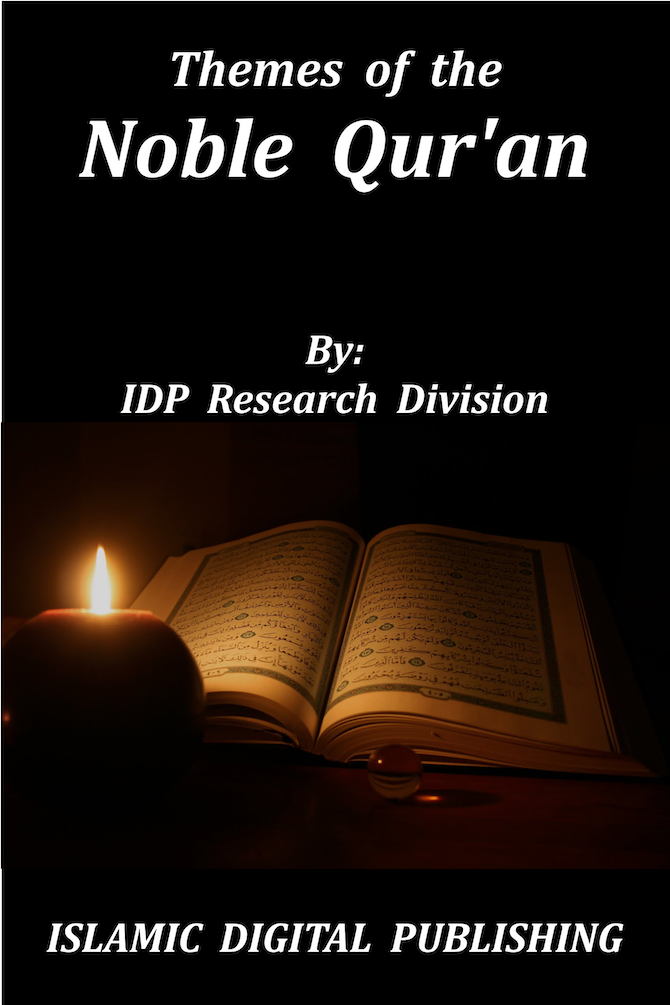 Themes of the Noble Qur'an (mobi)

By Islamic Digital Publishing
Thematic Tafseer is a form of Tafseer gaining popularity in our time, in which the author tries to illustrate the link between the verses and Surahs of the Qur’an.

This approach to Tafseer has evolved as a response to criticism from orientalists who claim that the Qur’an is disjointed and lacking structure. They claim that the Qur’an strangely jumps from one topic to another without any flow or logic and as such they claim it cannot be from God. (We seek Allah’s protection from such thinking)

To a beginner reader, the Qur’an does seem to jump from topic to topic without any theme or structure. However, this is because of a wrong approach to understanding the Qur’an. We are accustomed to reading the writings of humans and as such, we expect a certain pattern in writing which almost all humans adhere to. If one approaches the Qur’an with this idea in mind, its format does seem strange.

However, the Qur’an is not the writings of a human being. It is the Eternal Uncreated Word of Allah, the Creator of the Heavens and Earth, and as such it is the most unique book on earth. It is unique in every way, its rhythm, its beauty, its depth, its structure and even its themes.

The Qur’an flows like a conversation between the Creator and our minds, and when we approach the Qur’an in such a manner, we find its shifts in themes logical and often miraculous. It is common to find someone reflecting on a verse, thinking up a question and then realizing the very next verse addresses that question, making the shift in topic not random, but rather miraculous.

In other words, the Qur’an is meant for those who think and reflect, who treat it with honour and who study it using the proper methodology. This approach to working out the themes of the Qur’an is fascinating, hence a dedicated a series of thirty posts to this topic, focusing on the themes covered in each Juz is found in this compilation.

Studying the Qur’an in this manner has been truly eye-opening and the resulting work is something worth publishing so others too can benefit from this short summary of the themes of the Qur’an.

In terms of resources, there are two primary works which influenced these posts, one is A thematic commentary on the Qur’an by Shaykh Muhammad Al-Ghazali and the other is Al-Qur’an: The Guidance for mankind by Farooq Azam Malik. Shaykh Al-Ghazali’s work is a comprehensive Tafseer focusing on thematic unity which discusses each Surah of the Qur’an in detail. Brother Malik’s book is, possibly, the best translation of the meanings of the Qur’an currently on the market and each Surah is preceded by a short summary of its themes and topics which is extremely useful and beneficial.

The above two resources were utilized, as well as the classical commentaries like Al-Qurtubi, Al-Jalalayn and Ibn Kathir as the foundation of this work.

Visit our eBook Store at: www.payhip.com/idpebooks
Contact us at: islamicdigitalpublishing@gmail.com