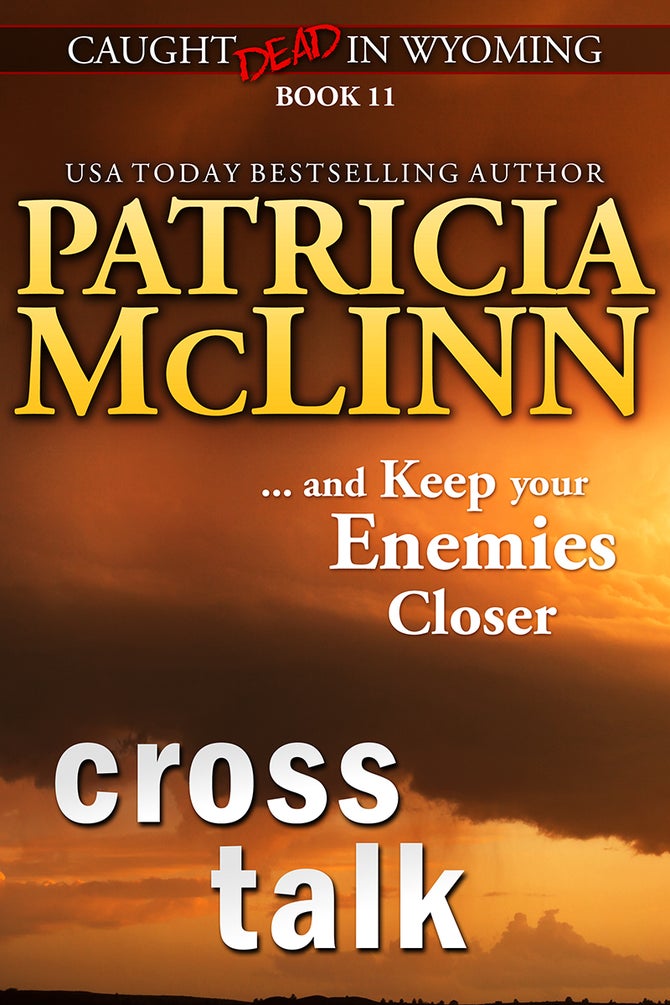 By Patricia McLinn
Prime Suspect: The most annoying man in Sherman, Wyoming

That’s right, Thurston Fine, the egotistical anchor at KWMT-TV is the first person deputies want to talk to when his self-described biggest fan is found dead.

What’s Elizabeth Margaret Danniher to do? The station’s in an uproar, heading for a train wreck, and desperately needs her experience and leadership. At the same time, here’s an intriguing puzzle right in front of her … which might free or condemn her greatest enemy.

In TV news, cross talk between the anchor and reporter is supposed to elicit new and interesting information. But Thurston’s version twists the tale into a corkscrew. And his simmering resentment could bring danger to Elizabeth.

Facing a true test of their resilience, Elizabeth’s crew – Diana, Jennifer, Mike, and Tom – must resolve mysteries swirling around KWMT-TV for years. But will that reveal what’s behind the death of Thurston’s biggest – only? – fan?

Even amid the mayhem, the complex yearnings among the trio of more-than-friends take important steps toward resolution. The stage is nearly set.

Family, friends, enemies mix together with a dose of a historical scam in a case of Cross Talk.