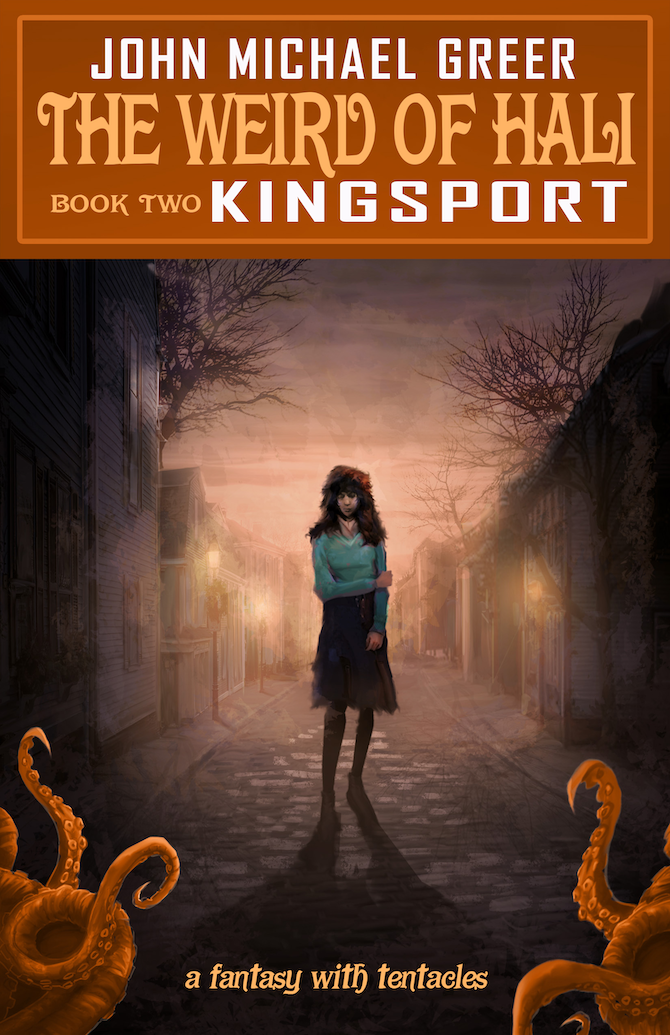 The Weird of Hali: Kingsport

By Founders House Publishing LLC
As the Old Gods Awaken...

Like other students at Miskatonic University, Jenny Parrish worries mostly about passing her finals and getting a graduate assistantship. Then an unexpected letter arrives from her great-aunt Sylvia, inviting her to spend the holidays and celebrate a mysterious Festival at the family mansion in the old port city of Kingsport, where Jenny has never been—the home her mother fled at the age of eighteen, never to return.

Once she reaches the ancient mansion, Jenny finds herself in the midst of a tangled web of archaic secrets, eldritch lore, and hidden struggles that pit the servants of the Great Old Ones, the ancient gods and goddesses of Earth, against a terrifying and relentless foe. At the center the web stands the treasure Jenny's family has guarded for centuries, a talisman of supreme power forged in the lost land of Hyperborea: the Ring of Ebon. But the Ring is lost—and the quest to find it and keep it out of the hands of the enemies of the Great Old Ones will send Jenny on a journey beyond the borders of the world to dread Carcosa, the city of the King in Yellow...