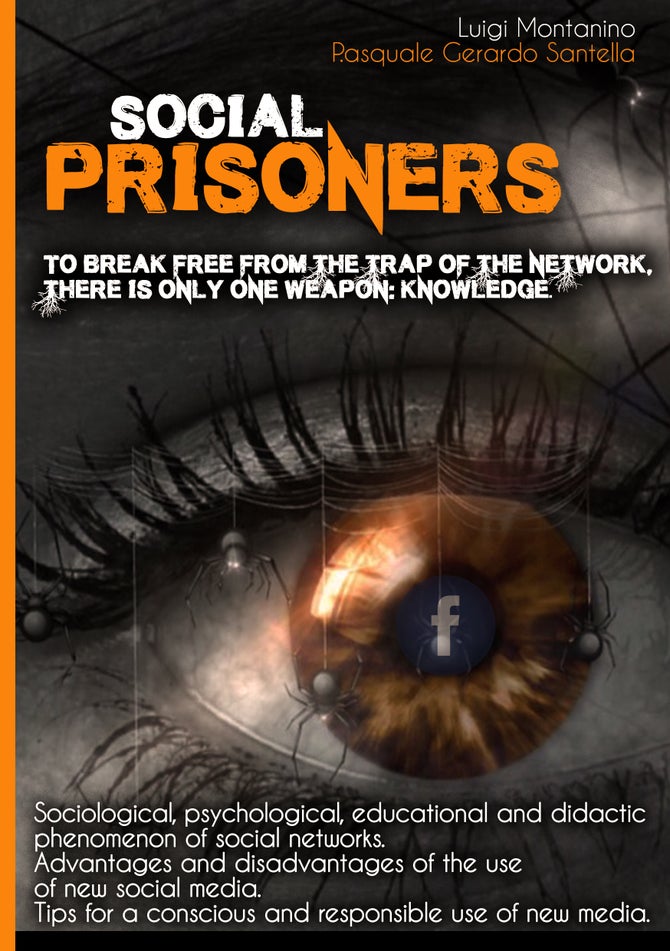 By Social E-Book
Social networks are a phenomenon that has overwhelmed the social sphere.
Human relationships and social relationships undergo an almost radical change.
The consequences of change affect behavior and everyday life, with no way out, the impact they have had on society has been so strong.
The idea of ​​writing a booklet on the universe of social networks and in particular on the Facebook phenomenon arises from our direct experience, from participation in discussions on the topics that are put on it, from the analysis of the reactions of friends who intervene, from critical considerations on recurring elements (post of quotes, selfies, photos of one's own experience or of dramatic contemporary events, release of one's instincts, occasions of controversy mostly on football or political events and characters, improvised and emotional comments on news data, banal phobias obsessions personal, the language in which you express yourself).
In short, become aware of the communication and relationship opportunities that are offered to us by the new media, but also of the risks that an excessive and uncritical use of them can entail.
The choice to use paper and non-digital writing is due precisely to the fact that the book offers a slower reading that allows reflection on what is proposed.
However, we were also aware that we could not address an audience accustomed to communicating with messages and emails through expertly structured and elaborated essays, written in specialized language, with broad and articulated arguments. We had to find a methodology that suited the new social audience. Hence the choice to treat the Facebook phenomenon in a sort of dictionary consisting of fifty entries, carried out in an essential way, without unnecessary digressions, but also without falling into banality and superficiality. In this sense, we have tried to achieve a balance between discursive and easily accessible arguments, also through examples drawn from the usual experience that everyone has of social media, and the scientific nature of the speech with adequate references to eminent scholars who have analyzed the Web from various points of view: historical, socio-anthropological, psychological, political.
Finally, the volume has a didactic appendix, edited by one of the authors, P.G. Santella, ex professor and mass media expert, who in some more detailed essays addresses educators (parents and teachers), addressing some problems concerning the relationship between new generations and New media, with didactic methodological indications for their effective use in the process training.