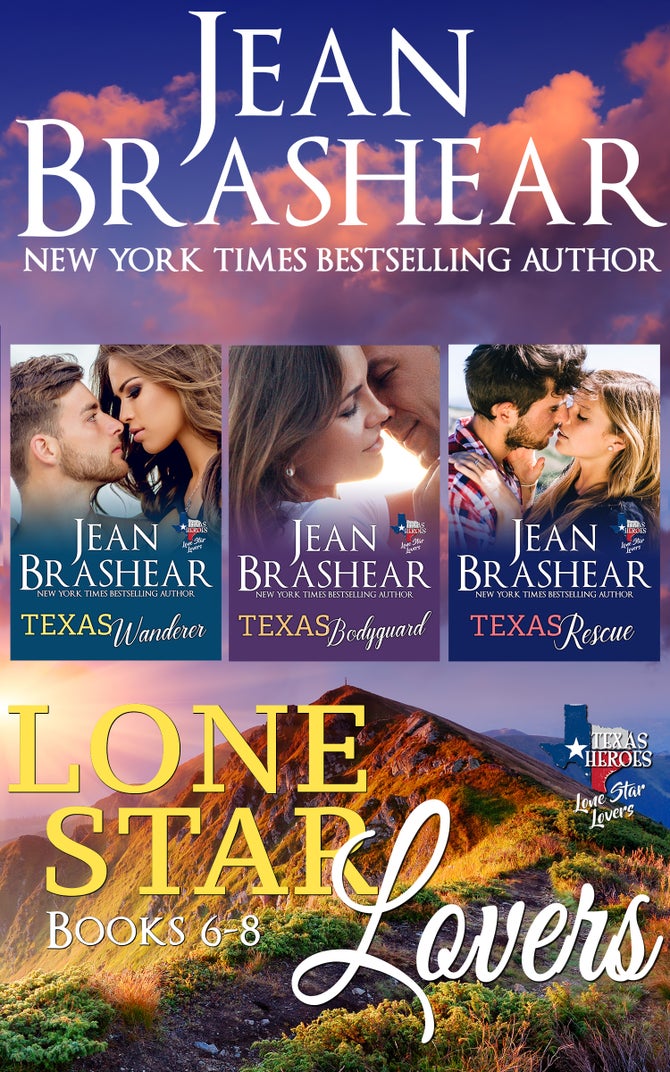 By Jean Brashear
More of the compelling Sullivan/Sandoval family and friends! The lost Sullivan brother comes home after a devastating accident. Sexy detective Sean Fitzgerald finds love at the worst possible time. Baby sister Jilly Sullivan is all grown up and crosses paths with the one man who can save her when her world falls apart. Three powerful and emotional stories finish the family saga that began with Texas Heartthrob.


Vanessa Porter's brilliant career as a hotelier goes up in flames after a scandal, and she pours herself into rehabbing an old mansion to become a boutique hotel, doing much of the work herself because her funds are running out.


Hotshot adventure photographer Dane Sullivan's career is grounded after a near-death fall, and he's no longer sure he wants the life of death-defying risk that energized him for so long. While he's recovering and assessing his options, his kid sister Jilly volunteers him to help her friend Vanessa with handyman skills he and his brothers learned from their dad.


The irascible, too-handsome photographer turned handyman won't be around long, which suits Vanessa just fine—until the sparks between them turn from aggravation to smoldering attraction. Though her life has been filled with loss, can she survive losing this man who's come to mean so much to her?


As Dane begins to contemplate sinking roots, the once-in-a-lifetime trip to a forbidden land suddenly is his for the taking, and he will have to choose between a life he never imagined and the dream that would restore the career that was once all he ever wanted.


Detective Sean Fitzgerald is hot on the trail of a man who is key to breaking a human trafficking ring, but he needs a way to get close without arousing suspicion. His opportunity comes in the form of film star Annabelle Quinn, who's in town and in need of a bodyguard. Her best friend is his top suspect, and he can use the connection to break his case.


But when Annabelle comes mean so much more than a means to an end for Sean, his objectivity is in danger, and he's painfully aware that the lies between them could doom any hope for a future for them. Lives depend, however, on him closing the case. When his deceptions endanger Annabelle's life, can he convince her to trust him enough that he can save her?


Special Forces veteran Gabriel Coronado is haunted by nightmares that keep him in the shadows, exiling himself from human companionship as he wrestles with his demons. Walking the night to outrun his memories of those he wasn't able to save, he comes to the rescue of a small, valiant woman who puts herself in danger to save a young runaway.


Jilly Sullivan's life is dedicated to making a difference for the poor, championing one hopeless cause after another, spending time in the worst parts of town. When a desperate criminal overpowers her and a nameless hero saves her from harm, both their courses are altered forever.


Gabriel finds himself drawn to the vibrant light that is Jilly, and she lures him from the darkness in which he's most comfortable. The more time they spend together, the more powerful their bond becomes. He comes to the defense of a young boy victimized by a brutal drug dealer, and when that drug dealer assaults Jilly in retaliation, Gabriel rescues her but quickly retreats to the darkness where he believes he belongs. Can Jilly, rocked by her brush with evil, convince this man to believe that he deserves to live in the light?