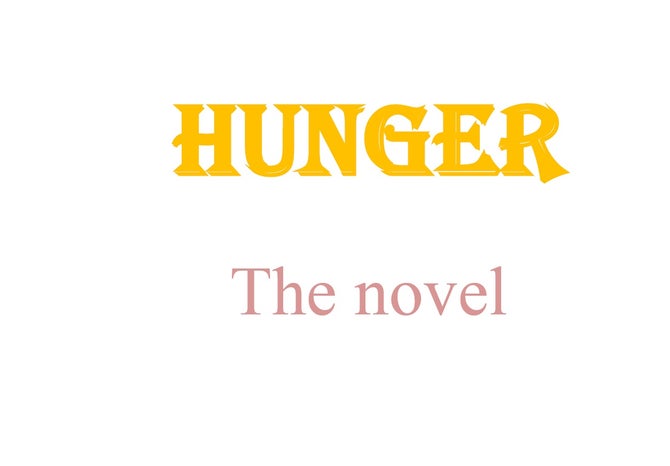 By india book publisher
A true classic of modern literature that has been described as "one of the most disturbing novels in existence" (Time Out), Hunger is the story of a Norwegian artist who wanders the streets, struggling on the edge of starvation. As hunger overtakes him, he slides inexorably into paranoia and despair. The descent into madness is recounted by the unnamed narrator in increasingly urgent and disjointed prose, as he loses his grip on reality.

Arising from Hamsun's belief that literature ought to be about the mysterious workings of the human mind -- an attempt, he wrote, to describe "the whisper of the blood and the pleading of the bone marrow" -- Hunger is a landmark work that pointed the way toward a new kind of novel.

"The whole modern school of fiction in the twentieth century stems from Hamsun. They were all Hamsun's disciples: Thomas Mann and Arthur Schnitzler . . . and even such American writers are Fitzgerald and Hemingway." -Isaac Bashevis Singer