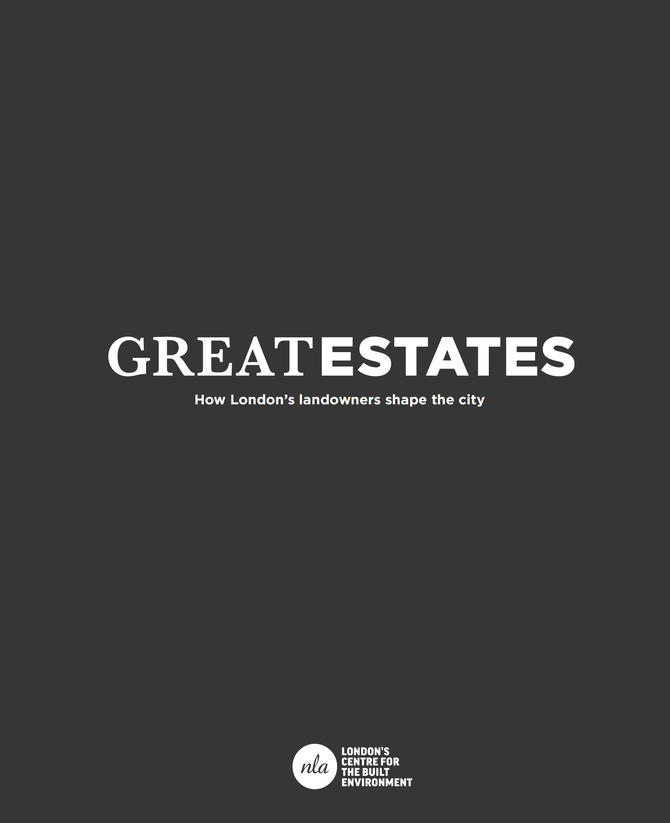 Much of the story of London's development can be traced through the historic ownership of large pieces of land which, through the on-going ownership of freehold assets and their lease terms, have created a resilient cycle of change and renewal. Today this long-term attitude to investment, development and management has influenced the development of new large-scale and mixed-use areas of the capital, such as King's Cross, Canary Wharf and the Olympic Park.

This publication was supported by a major NLA exhibition which examined the evolution of London's Great Estates and their impact on the development of new large-scale areas of the capital under a single ownership.

London’s ‘little towns’ – its distinctive neighbourhoods and urban villages – have made it unique among world cities. The sequences of streets, squares, parks, piazzas and gardens created by the estates, old and new, great and small, have evolved to create an enduring urban framework that supports and forms the backdrop to the economic, cultural and social life of the capital. The estates’ approach to making attractive places in which to live and work – and, perhaps most importantly, in maintaining and adapting them as such over a long period – has, in the past decade and more, been taken up by new projects seeking to regenerate large areas of the city. Where others come and go, the estates, with a commitment to long-term success, are stewards of a large part of London, but they have also shown a remarkable ability to evolve and innovate in one of the world’s fastest-changing cities. The principles of placemaking that they have developed from centuries of expertise have proved highly influential.... read more by downloading the publication