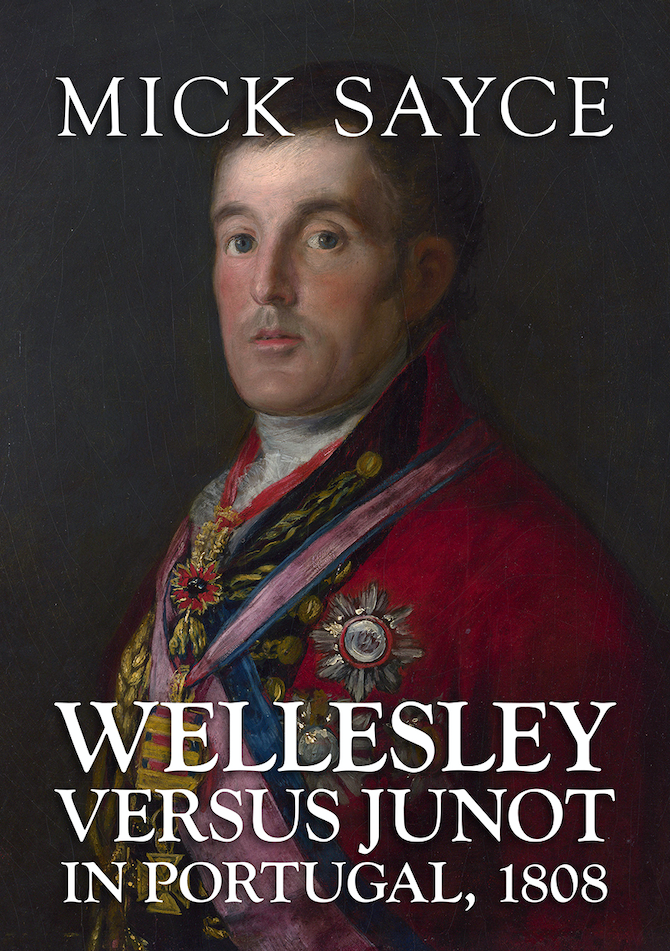 Wellesley versus Junot in Portugal, 1808

By 1807, Napoleon’s enforcement of a non-trading pact and coastal blockade of Britain – known as the Continental System – stretched from Russia and the Baltic, right around the northern coast of Europe and all the way down to the coastline of Spain. However, on the south-western corner of Europe was Portugal, a country that was openly trading with its ally Britain, and this situation could not be tolerated. The country was given an ultimatum by Napoleon, readily accepted by the Portuguese government, but not by the general population or, for that matter, by Great Britain. So, just in case anything should happen, Napoleon ordered Général de Division Androche Junot and his 25,000 strong Corps of Observation of the Gironde to occupy the country as soon as possible and stop the trade.

Starting from Bayonne in France and marching overland through Spain, he entered the capital Lisbon on 30th November 1807 and took it almost without a fight. Because of his success, he was elevated to be the Governor of Portugal and given the title Duc d’Abrantes by Napoleon in recognition of his perceived victory.

Meanwhile, in England, the implacable enemy of the ‘upstart’ Napoleon, plans were afoot to return Portugal to being a trading partner. A relatively unknown and recently promoted officer, Lieutenant General Arthur Wellesley, was ordered to take command of a 9,000-man expeditionary force which had originally been intended for South America, but was instead ordered to Portugal to join up with a further 5,000 troops coming from Gibraltar.

Wellesley and his small army landed in Portugal in August 1808, and the Peninsular War now began in earnest.

This 32-page booklet covers the campaign in detail, focusing on two famous battles that proved the superiority of the British line over the French attack column: Roliça and Vimeiro, which took place within four days of one another.

With excellent maps, detailed Orders of Battle, a list of the key military personalities involved and a special mention of the British 'secret weapon' – spherical case shot – there is much here of interest to both military historians and wargamers.

Mick Sayce (who also writes as A Michael Sayce) first became interested in wargaming in the mid-1970s at school. Aged 14, he joined the local club in Southend which met in an upstairs room of the Nelson pub, but then moved to the Rocheway Youth Centre where the fledgling South East Essex Military Society (SEEMS) had a dedicated club room. Once a year, it took over the whole complex of ex-school buildings for one of the premier shows of the time, Present Arms.

Mick’s main, though not exclusive interest – some people might say “obsession” – in the Mongol army of Chingis Khan and his family began when he found a book by T N Dupuy, The Military Life of Genghis, Khan of Khans in Southend Library back in the 1970s, which planted the seed for an ever-growing and lifelong fascination.

After meeting his future – and long suffering – wife at a Sealed Knot muster in Brownhills near Birmingham, they moved north and spent the next 28 years in the West Midlands, where Mick had a varied career before moving back south to Kent a few
years ago.

While living in Birmingham and working in the security business, he began writing military history booklets for wargamers on topics throughout history, mainly in areas for which current information was either scattered, sketchy or practically non-existent for the English speaking wargamer. At about the same time, he began writing occasional articles for magazines, including a series on Napoleon’s campaign in Italy, painting 6mm figures, undertook the construction of homemade 6mm terrain and wrote three series about the various campaigns of the Mongols.

It is these booklets that Gladius Publications are bringing back into publication, which is itself a labour of love because most of them are having to be scanned in and
re-composed from old, photocopied editions!

Mick’s passion for the hobby has not diminished, although nowadays he spends more time painting and collecting than playing. He has built up a large collection of armies, mostly 6mm and 15mm, ranging from Ancients, Asian Medieval, ECW, Napoleonic, ACW, WWI, WWII, modern and even Sci-Fi.