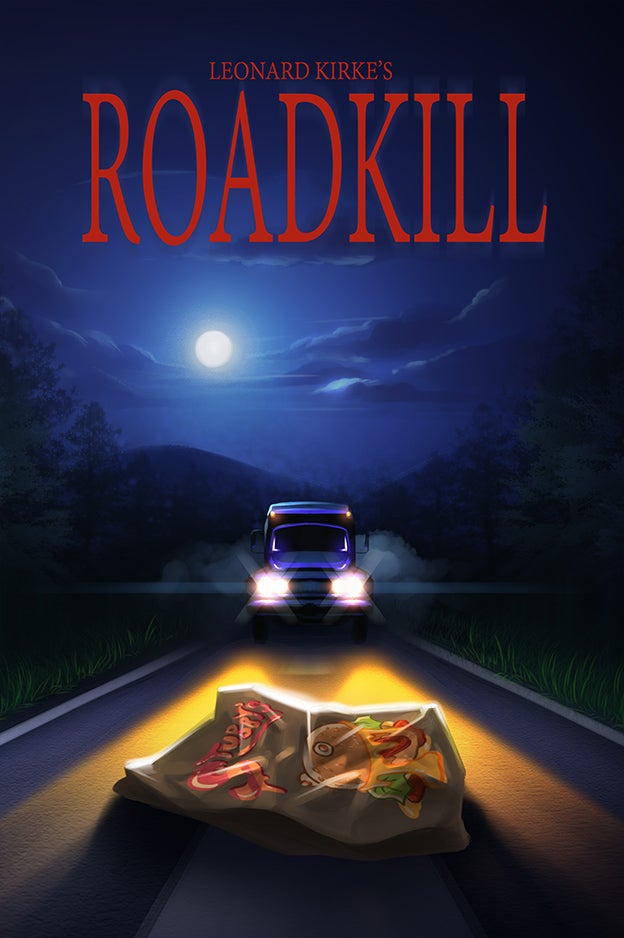 A wandering, hungry dog. A hamburger in the middle of the road. A truck speeding through the night.

You can probably guess how it ends, but the end is only the beginning.

"Roadkill," the debut short story by Leonard Kirke, is the tale of four friends on a perfectly normal errand: going out for a late-night snack.

Described by one reader as "what the movie 'Harold and Kumar Go to White Castle' would be if it was written by David Lynch," Leonard Kirke's "Roadkill" exists somewhere between the realm of classic-on-the-road stories and the surrealism of Franz Kafka. Fans of the strange, the bizarre, the amusing, and the occasionally heartwarming will find themselves right at home.