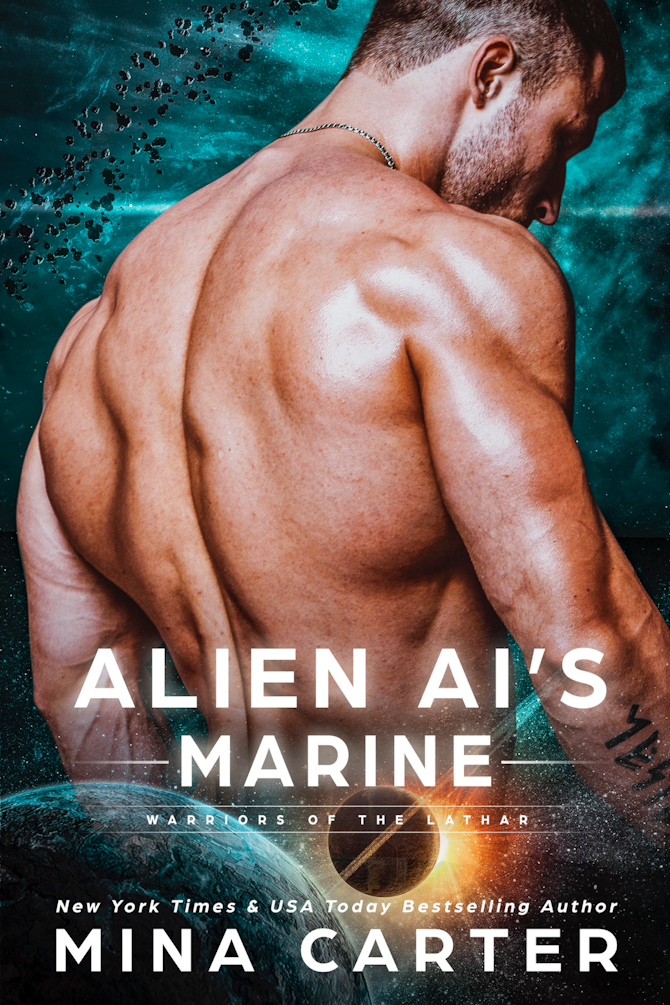 By Mina Carter
She never wanted a body. Until she met her human marine.

One of the most advanced AI’s in the empire, Keris is used to being so much more than any biological could dream of. She never expected that saving a lone human would lead to her taking physical form…

But a new form comes with a whole host of new problems. She’s gone from being able to run a ship single-handed to struggling to co-ordinate her own two legs. And when Jay is around, her new brain quits functioning. All she can think about is the handsome human, and what his lips would feel like on hers…

He's the lone human male in a sea of lethal alien warriors. He's either gifted or suicidal...

Kidnapped by aliens, rescued, and now on a secret base in a system he can't even pronounce, Major Jay Stephens has given up on a wing and a prayer... he's now on kicking butt and taking names. Especially when it comes to the alien AI who's risked everything, even her 'life' to protect him.

The only problem... she's gone and gotten herself a body. Beautiful and delicate, she evokes reactions in him that should be illegal. The REAL problem? An AI in physical form is totally illegal and against just about every law in Latharian society. Which means lots of lethal aliens want to kill it, and by extension, his AI.

And that’s going to be a problem. Because Jay thinks… no, he knows he's in love with her, and no little (large) green (totally not green) men are going to draanth up the best thing he ever had...