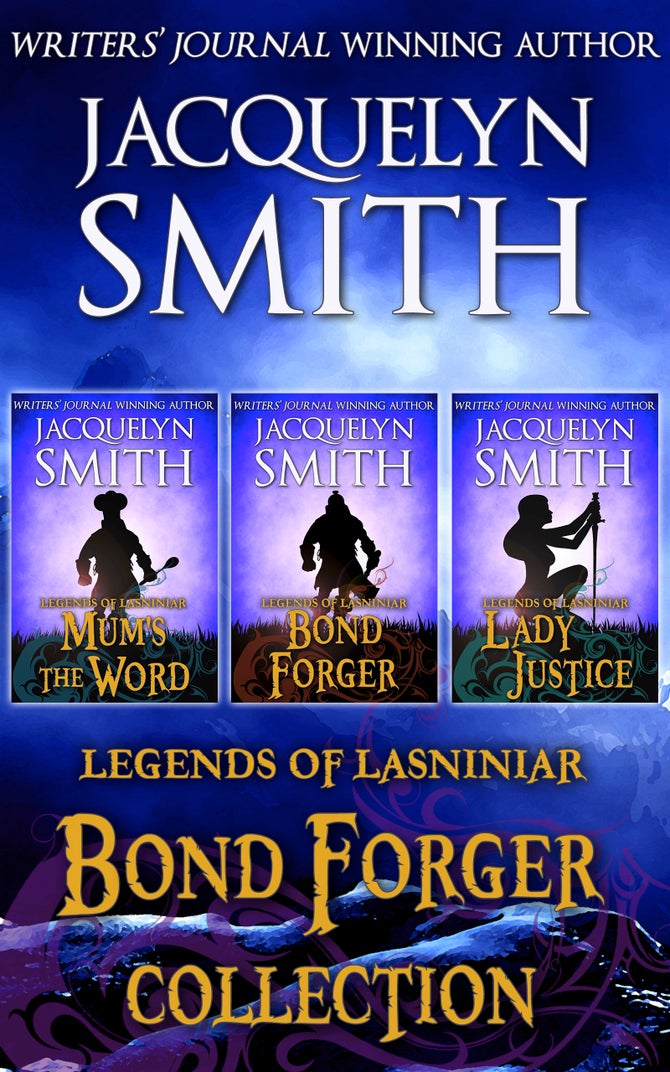 By WaywardScribe Press
Sometimes Iarion and Barlo go looking for adventure. And sometimes, adventure finds them.

No matter how dangerous the challenge, the elf and dwarf duo take on anything that gets thrown their way.

...And find a way to have a good time in the process.

Join in the fun with this collection of adventures featuring Iarion and Barlo from the World of Lasniniar epic fantasy series by award-winning author, Jacquelyn Smith. This collection includes three stand-alone shorts:

Legends of Lasniniar: Mum’s the Word

A dwarf and an elf. As friendships in Lasniniar go, most people find Barlo and Iarion an odd pairing.

Wherever the unlikely duo travel, adventure follows close behind. Barlo and Iarion fall in and out of trouble on a regular basis. But even as they perform heroic deeds, they find time to bicker and banter.

The straightforward journey Barlo plans for them now should prove no problem—a piece of cake.

A stand-alone misadventure story from the World of Lasniniar epic fantasy series.

In the world of Lasniniar, few chase after adventure quite like Iarion and Barlo.

The elf and dwarf duo enjoy the challenge of unraveling a difficult problem. Especially if it involves a journey and a battle to get the blood pumping.

But both friends remain cooped up at Dwarvenhome, bound by the ties of Barlo’s family.

...Until an intercepted message proves too intriguing to ignore.

A stand-alone fantasy story of Lasniniar’s favorite team of adventurers.

Barlo guards a secret. Only his best friend Iarion shares it, along with the rest of the Light Elves.

No one else can ever know.

Barlo’s secret keeps him apart from other dwarves. Even his own family. Memories of another time haunt him. He longs for a way to claim his identity. To be himself.

…A hero of Lasniniar, capable of leaving Dwarvenhome to go on adventures. (With Iarion, of course.)

But his secret acts as both a blessing and a curse. And the call to adventure proves too strong to deny.

A stand-alone story of the infamous friends Barlo and Iarion from the World of Lasniniar epic fantasy series.