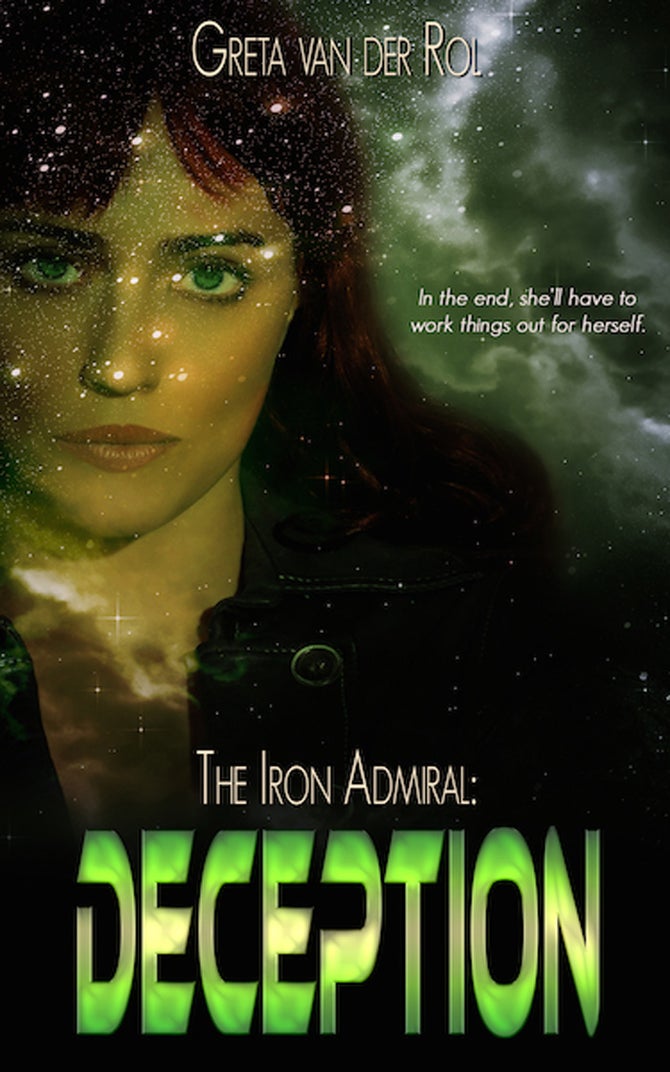 …but he doesn’t have Systems Engineer Allysha Marten. Determined to keep her safe, Saahren will go to any lengths to win back the woman he loves. Allysha agrees to temporary employment by the Fleet, hoping to avoid at all costs the man she believes responsible for the death of innocent civilians, including her estranged father.

Sean O’Reilly has a plan…

…and it involves hijacking Allysha and convincing her, one way or another, to do just one more job—a job that would clear his debts and save his hide.

Allysha Marten must come to terms with her feelings…

…in the face of a reality that suggests she is a pawn in a growing power struggle, one where she will need all her skills and cunning to outwit a heinous plot that could result in the loss of billions of human lives.

When Allysha decides to tackle the conspirators on her own, she forces an impossible choice on… The Iron Admiral.

A few comments:
Twolip Reviews recommended read “Holy cow! Greta van der Rol’s The Iron Admiral 1: Conspiracy was outstanding, but its sequel is almost beyond compare…. Deception is, in my humble opinion, one of the five best space operas ever written. Hands down!”

“Loved Deception even more than book number one, Conspiracy. Well-written, fast-paced, a story of substance. You’ll read this and its predecessor again and again.”