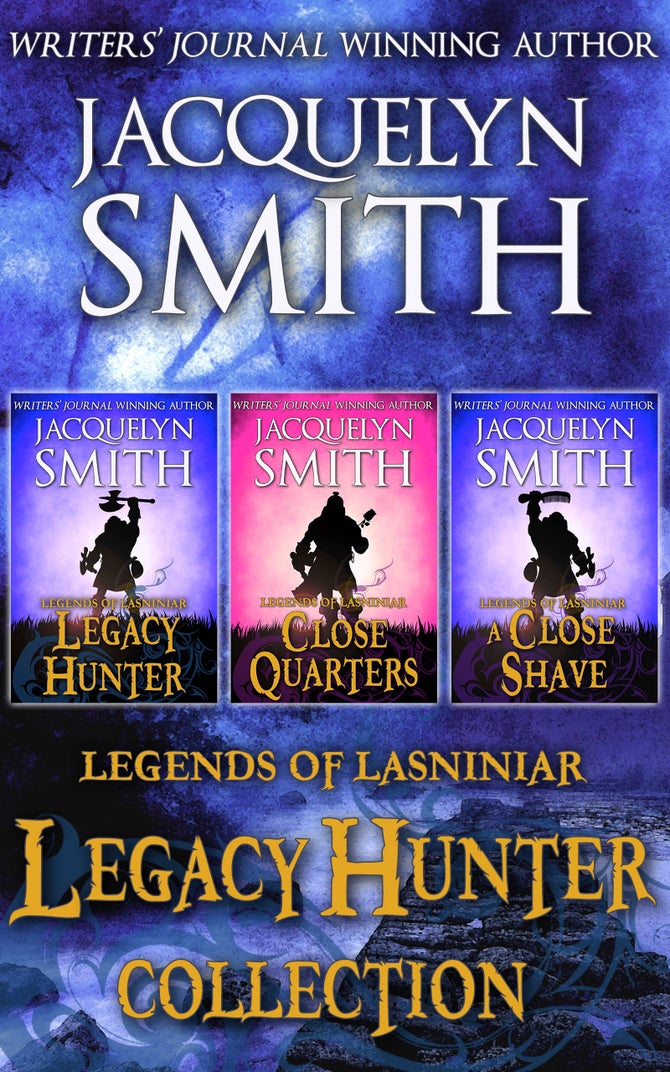 By WaywardScribe Press
Barlo leads a simple life. A confirmed bachelor, he spends all his time beneath the mountains in the city of Dwarvenhome, free from pesky elves and adventure.

...Until an unexpected turn of events flips his entire world upside down.

Meet Barlo, Iarion, and Narilga in this fun collection of misadventures from the World of Lasniniar epic fantasy series by award-winning author, Jacquelyn Smith. This collection includes three stand-alone shorts:

Legends of Lasniniar: A Close Shave

Narilga needs to find her missing brother. If she can also find a decent, male dwarf who wants to settle down, even better.

Barlo works the mines. Like all male dwarves, marriage remains the furthest thing from his mind.

Their chance meeting and mutual attraction catches both Barlo and Narilga by surprise.

Can they work together to rescue Narilga’s brother?

A stand-alone meet cute story from the World of Lasniniar epic fantasy series.

Barlo stares at the limp, elven form on his couch. A poisoned goblin arrow protrudes from the creature’s shoulder. A long knife hangs from its belt.

How could his wife think to tend the elf stranger and leave her patient armed? Elves do not belong in Dwarvenhome. Especially not ones with weapons.

But the elf’s presence presents another problem to the dwarven clan chief.

...What brings goblins so close to Dwarvenhome?

A stand-alone story from the World of Lasniniar epic fantasy series, “Legacy Hunter” tells the tale of Barlo and Iarion’s first meeting. If you love a fun, action-filled adventure, grab this book.

A cold welcome in Dwarvenhome. Even after a few years as Barlo’s friend, Iarion still feels like an intruder in the underground city.

The dwarves’ usual wariness toward elves does not bother him. But Iarion senses something more at work. All of the dwarves seem on edge. Barlo included.

And when Iarion learns the real reason behind the rising tensions, he knows he has his work cut out for him.

A stand-alone story of friendship, beards, and magic from the World of Lasniniar epic fantasy series.