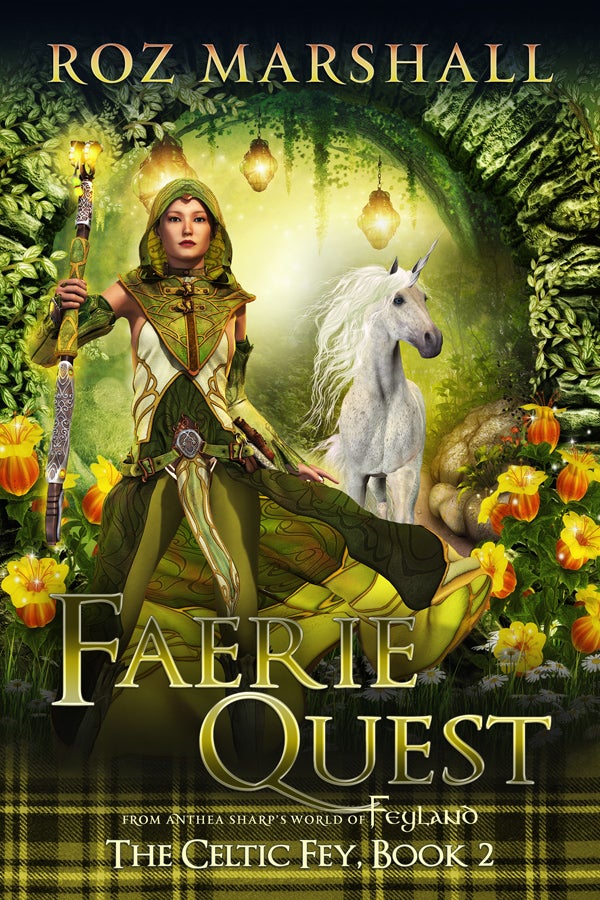 Corinne's dreams are coming true. But not in a good way
Playing the virtual reality game Feyland wasn't supposed to turn out so - uh, real. But when things from the game start appearing in everyday life - like a unicorn, or Elphin, the strange creature who saved her life and became her friend - Scots teenager Corinne MacArthur has a problem. Of epic proportions.

And then she learns the truth about Elphin.

It's a truth that shatters her illusions about the world she knows and sends her racing back to Feyland on a life-or-death rescue mission. But Feyland is a game where trickery is an art form and magic is the currency. A game which can deceive the unwary and trap the naive. A game where legends come to life and shadowy figures haunt your dreams.

And Corinne's dreams are coming true. But not in a good way. They're more like a waking nightmare, and it will take all her talent - and more - to escape the otherworldly creatures who've invaded her life. A life which is about to become even more complicated…


:: Faerie Quest is the second book in the Celtic Fey series set in Anthea Sharp's Feyland universe (with her kind permission). Enjoy this magical series today!

***
After purchase, your eBook file will be delivered by Bookfunnel, who will help you load it to your eBook reader :-)