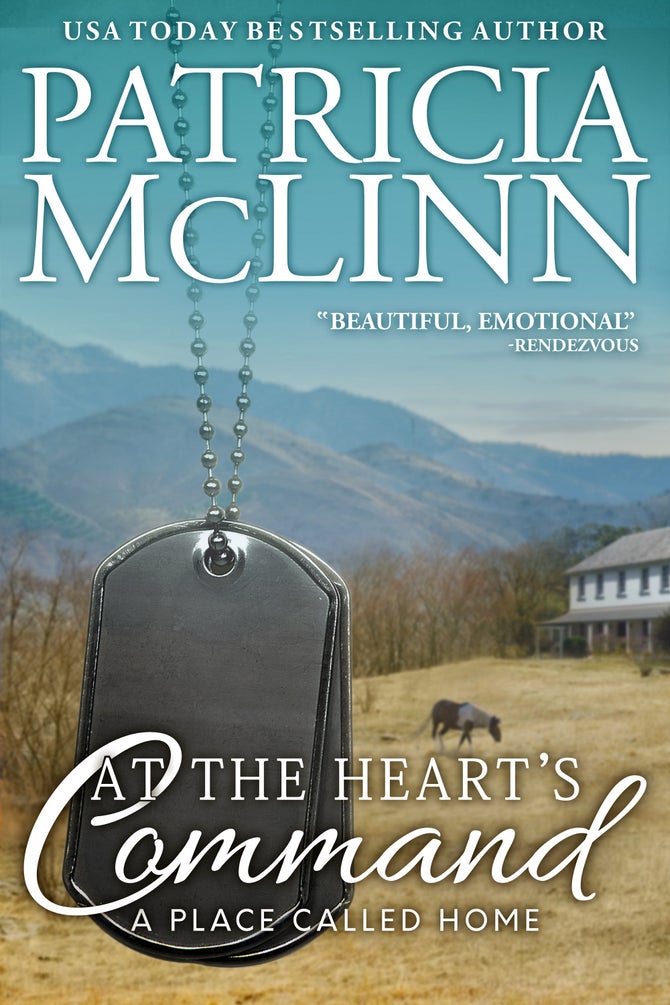 At the Heart's Command (#2, A Place Called Home)

When a Second Chance Beckons, the Heart Beats an SOS

Far Hills Ranch has bound the Susland family for nearly a century and a half. For just as long, there's been a legend that the ranch and its family are cursed. Now, says the legend, the current generation is the last with a chance to break the curse.

Colonel John Griffin Jr. is the best kind of military man. He's a good and honorable soldier who's determined to protect Ellyn Sinclair at all costs – especially from himself.

Once, he'd rejected a young Ellyn's advances, because he could not give her the life she deserved. Instead, Grif stood up as best man when Ellyn married his best friend. He became a member of the family, a safe friend to her, the godfather of her children.

But Ellyn is a widow now, back in Far Hills, Wyoming, living on his family's ranch there with her two young children, and struggling as a single parent to give her children what they need. No matter what it costs him, Grif will do his duty – help Ellyn and her children, while ignoring that he has never stopped wanting her.

Grif's adventures in At the Heart's Command, by USA Today bestselling author Patricia McLinn, form the second book in the A Place Called Home contemporary western romance series. Along with the temptation to turn his relationship with Ellyn from friends to lovers, he wrestles with the next element of the family curse. Can this military hero help free Far Hills Ranch?

Read all of the A Place Called Home series!
Lost and Found Groom
At the Heart's Command
Hidden in a Heartbeat

Or: Buy all three in the A Place Called Home boxed set now!

Want to know more about the recent lives and loves of the family and friends of Far Hills Ranch?
Grif and Ellyn harbor an Army veteran and Wyoming rancher who's in a royal predicament in The Forgotten Prince, Book 7 of Patricia McLinn's The Wedding Series.