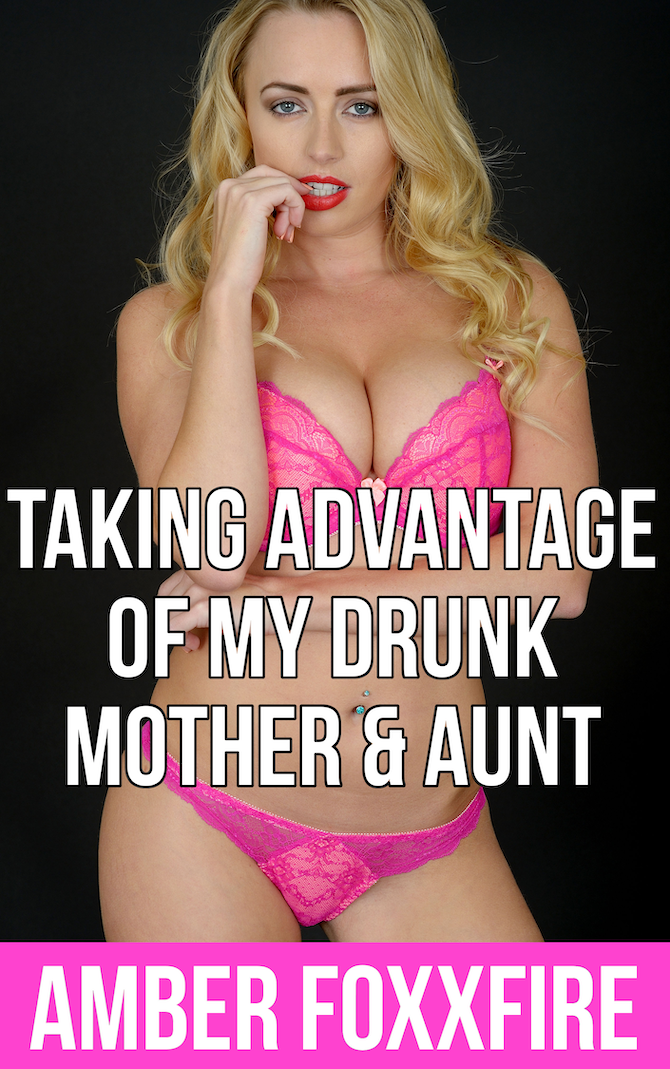 By Amber FoxxFire
I had never seen my aunt before, but when she shoved my face into her buxom bosom, I knew I had come home.

Mom and Aunt Sara met up and discussed old times, going out for a night on the town. When they got back, the two hot MILFs snuck up to my room and drunkenly explored my body.

Mom was a bit shy, but with the help of my large-breasted aunt, she did things she would’ve never done sober. And I took full advantage of it.

Mom and I made a trip to NY to visit my Aunt Sara. Mom hadn't seen her in years and I only remembered her from pictures. If those pictures were anything to go by, Aunt Sara was one hell of a hottie. Tall, voluptuous, brown hair and always a great big smile.

I was looking forward to meeting her for the first time. Mom chatted about her the entire trip. She was over the moon that she was actually going to see her younger sister again after so long.

Arriving in Aunt Sara's nice, upscale apartment, we were welcomed in with wide, open arms.

"So, this is my sister's little troublemaker I've heard so much about." My buxom Aunt held out her arms and pulled me into her massive breasts. I thought mom had big tits. Holy hell, no, Aunt Sara's made mom's look tiny in comparison.

Being pulled into Aunt Sara's pillowy breasts was the highlight of my life up to that point. She practically smothered me with her fat stacks and her and mom just laughed as I struggled to breathe.

Being this close to my very hot, buxom aunt caused my cock to tent in my pants. I was so close I could smell her motherly perfume. Not just the spray-on kind, either. To be honest, even though it was a bit difficult to breathe, I wouldn't have minded staying this close to her flesh longer.

However, the girls wanted to go inside and catch up on old times.

"That's probably the closest Nick's been to a real woman's boobies." Mom kidded, which sent both sisters into a laughing fit.

She was right, of course. I'd had a few young lass's, but never a "real" mature woman. What would it be like? Experience had to count for something, right?

I played on my iPad and half-way listened as mom and her sis caught up on all the latest, juicy family gossip. I learned that my 18-year-old cousin, Mary, got knocked up by some college football player and that she was keeping it. Apparently, it was quite the family scandal.

I chuckled to myself at that. Women were funny.

A few hours later, the two hot ladies decided they wanted to go out and paint the town. Grab a few beers, maybe catch a movie or something. Whatever. I figured I'd just lie down and take a nap while they were gone. Good time to catch up on some sleep. The jet-lag was real.

Sleeping in Aunt Sara's luxurious, queen-sized bed was one of the best experiences of my life. The second my head hit the pillow, I was out like a light.

I was aroused from a very deep slumber by some banging and crashing coming from downstairs. I instantly sat up and looked around trying to get my bearings.

"Shh!" I heard mom drunkenly say. "You might wake him up!"

"Mind?" I could practically see my mother's incredulous stare. "He love it!"

They giggled again and they quietly (not quietly) creaked up the stairs, stopping every now and then to giggle.

What in the world were they up to?

"I think he's in here..." Mom whispered right outside my aunt's door.