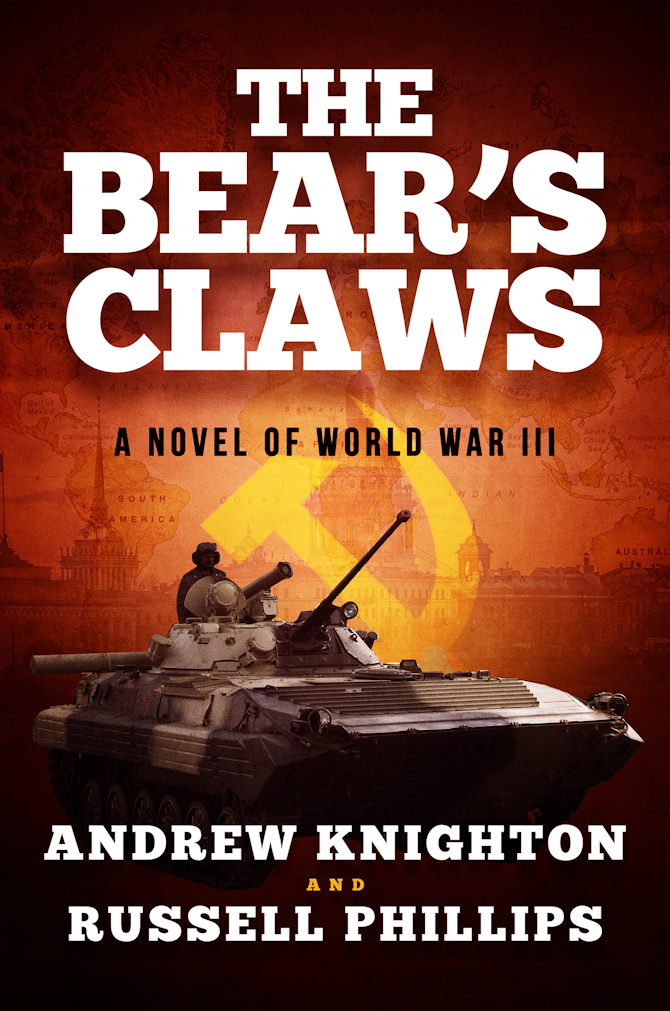 Ebook: The Bear's Claws: A Novel of World War III

By Russell Phillips
It’s 1982 but not as we know it. The Cold War has lost its chill and World War III has arrived, threatening to send the whole planet into meltdown.

Vladislav Rakovich is a young, idealistic communist. He dreams of being an officer, leading his soldiers on a mission to free the world from capitalism. But as the Soviet armies roll west, he gains his first bitter taste of command and reality hits. Can he stay focused on his aim in the face of undisciplined troops, a corrupt superior officer, and NATO's military might? As conflict rages around him, Rakovich finds that his biggest battle comes from within as his faith in the communist cause is shaken by the horror of war.

Back home in Leningrad, Rakovich’s beloved sister Anna has other things to worry about. Drawn into a world of trade unions and protests, Anna finds herself driven by a new purpose, although her beliefs introduce her to a dangerous world where dissent can lead to disappearance or even death. Will this war birth the second revolution the nation is crying out for? Or will the people be trampled underfoot by the establishment once more?

The Bear’s Claws is a compelling and powerful story of how family, courage, and conviction can survive in a world torn apart by war.