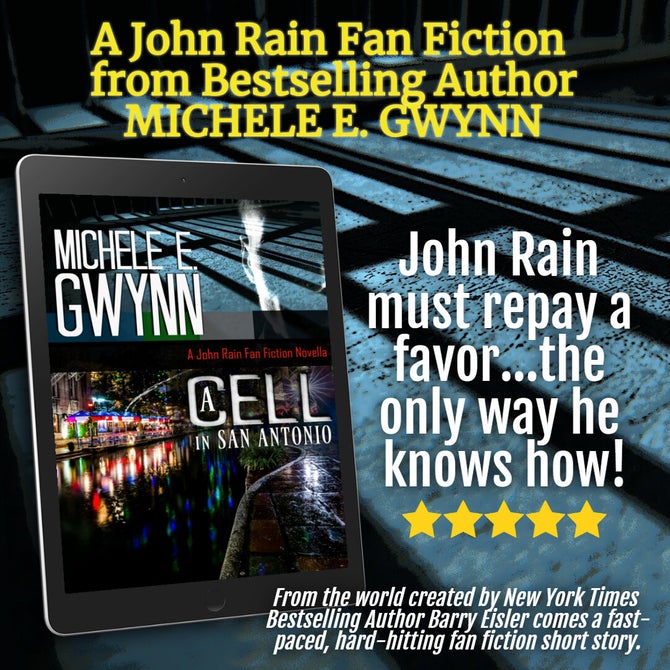 A Cell in San Antonio (A John Rain Fanfiction) mobi

John Rain must repay a favor...the only way he knows how!

On the run from the Yakuza, Rain reluctantly takes a detour to the Alamo City to take out the son of the leader of an up and coming Mexican drug cartel. The Hands of Death have invaded yakuza territory, and their product is making a killing and endangering the unspoken understanding and often criminal alliance between the yakuza and Japanese government officials.

Juan Narvaez Morales, Jr. is in federal custody. The FBI seek to flip him as an asset, but have only 72 hours in which to do so. On his last day in custody, Rain must successfully infiltrate the jail and terminate his target, all within 24 hours, and still make it out alive and undiscovered. This is a fast-paced thriller that will leave you on edge, and as always, cheering for John Rain.

(For fans of the John Rain series, this book was written to fit between books 2 and 3 in the canon. This book is offered with the permission of Mr. Eisler following Amazon's discontinuance of Kindle Worlds for fanfiction. Credit given in the forward. Thank you, Barry Eisler. I will always be a huge fan!)