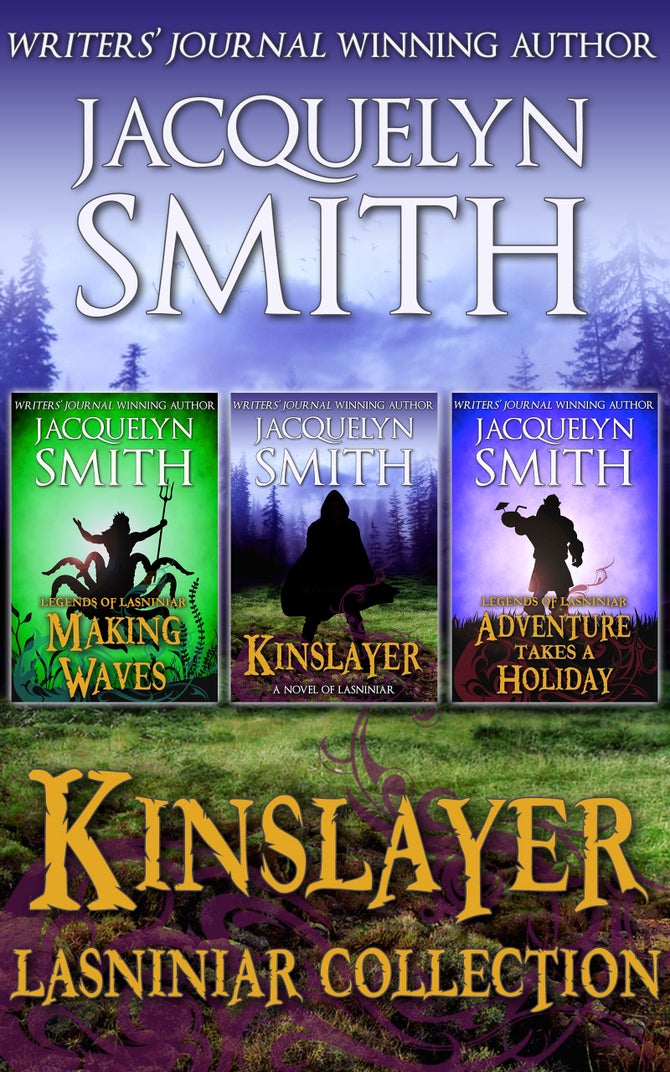 When the elves started over in Lasniniar they sought to outrun all three. But the new continent brings new neighbors with unknown motives of their own—along with a hidden enemy that already lurks within.

Follow the elves’ struggle to find peace in a new world and meet Lasniniar’s next generation of heroes in this collection from the World of Lasniniar epic fantasy series by award-winning author, Jacquelyn Smith. This collection includes one novel and two shorts:

Lasniniar. A new continent the elves can call home after the fall of Ralvaniar.

They hope to finally find peace under the leadership of Iadrawyn and Valanandir—far from the dark creatures they left behind in the magical cataclysm. A simple enough wish.

But darkness comes in many forms. And not even Iadrawyn and Valanandir know the hidden enemy that lurks within the elves’ midst.

The elves’ epic struggle evolves to a new level, drawing enemies and allies alike in this sweeping, second novel from the World of Lasniniar fantasy series.

Deep sapphire, flecked with silver. Iarion’s eyes mark him from any elf ever born.

A strange, physical anomaly? Or a sign of his unique condition? Even after thousands of years spent wandering the lands of Lasniniar, the answer continues to elude him.

...Now Iarion’s eyes sweep the harbor of the Sea Elves in the hopes that his ship might finally come in.

In the epic fantasy World of Lasniniar series, this stand-alone story explores an adventure from Iarion’s deep past, before he becomes a hero of legend.

Barlo lumbers through the snow along a narrow mountain path. A substantial trail follows in the dwarf’s wake.

Iarion leads the way. His light, elven feet barely make an impression in the snow. Barlo would like to blame his pulled groin for his own awkwardness, but he knows Iarion would never let him get away with it.

As night falls, a storm closes in.

...Definitely not the holiday Barlo hoped for.

A stand-alone misadventure story of the unlikely friends Iarion and Barlo from the World of Lasniniar epic fantasy series.