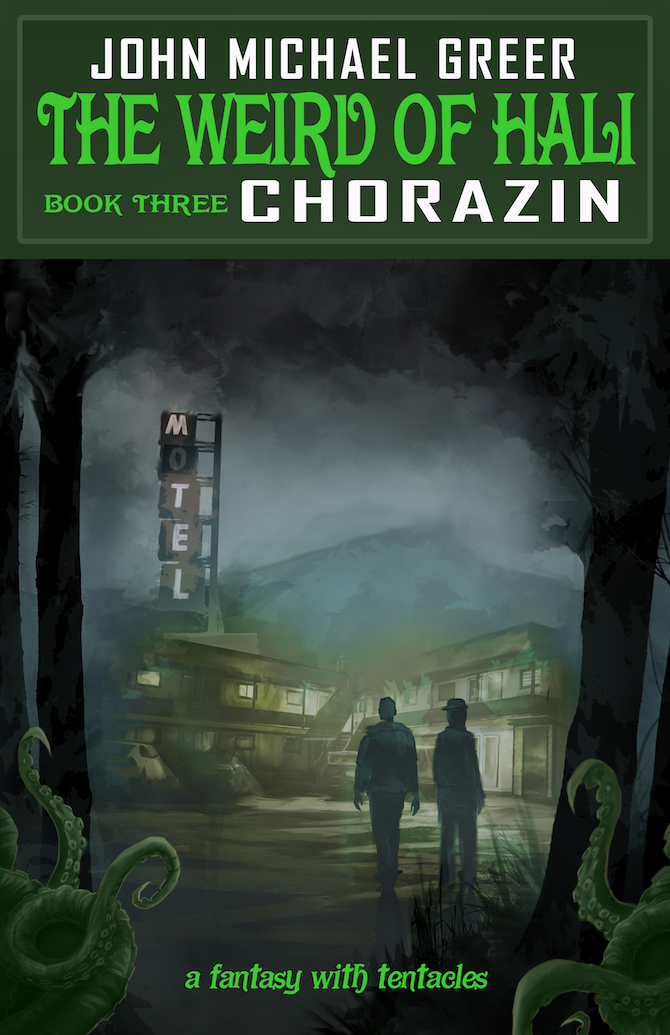 The Weird of Hali: Chorazin

Something Sleeps Within The Hill...


A last desperate hope brings Justin Martense to the little town of Dunwich in the Massachusetts hills. Justin’s family lies under an ancient curse brought down on them by an ancestor’s terrible deed. Once in each generation, one of the descendants of Gerrit Martense is summoned in dreams to Elk Hill, near the town of Chorazin in western New York, never to return. Now Justin has received the summons; a cryptic message from Nyarlathotep, the messenger of the Great Old Ones, sends him to Owen Merrill, who might be able to solve the riddle of the Martense curse soon enough to save Justin’s life.

As the two of them travel to Chorazin and begin to trace tangled clues reaching deep into the region’s colonial past, strange forces gather, and so do the enemies of the Great Old Ones. Far below the brooding stone circle that crowns Elk Hill, one of the forgotten powers of the ancient world turns in restless sleep—and before they can unravel the secret of Chorazin, Owen and Justin will have to face archaic sorceries, monstrous beings, and the supreme nightmare chronicled centuries before in Ludvig Prinn’s The Mysteries of the Worm...