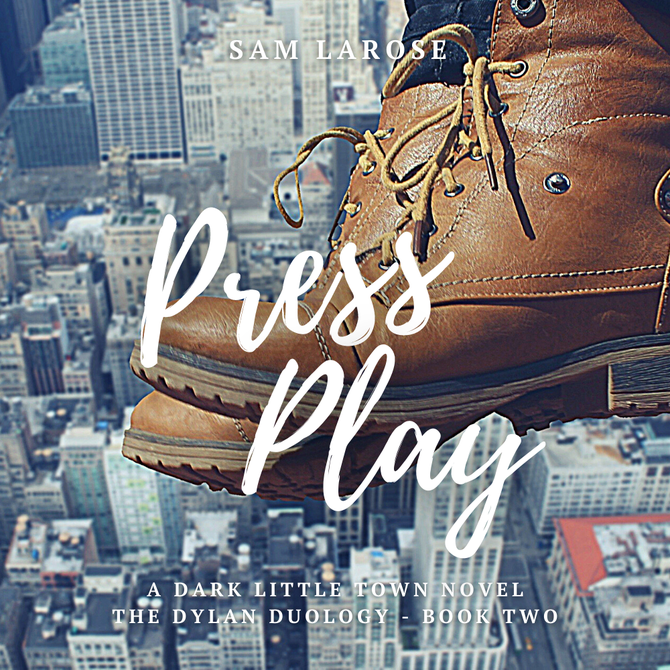 By Ink Stained Fingers Press
Note: This is a PAPERBACK Edition of Press Play, the 2nd Book in the Dylan Duology. All paperbacks purchased from this shop will be autographed!

"There's someone out in the audience tonight I've been trying to get a message to. We'll be forgoing our encore tonight in favor of a live play of For Your Ears Only. Now, remastered with accompaniment from my best friends." Tyler took a step back from his microphone for a moment. His fingers moved over the strings of his guitar as they moved into the next song. He collected himself quickly again, stepping forward once more. "One night only, just for all of you. I hope you'll stick around for it."
Benjamin's breath was warm against Dylan's ear. "You don't have to stay."
"Neither do you."

It's been a month since Dylan Montgomery went into hiding. His ex-boyfriend's album, all about a past relationship, begging for a second chance, has record downloads on a new music app. Since he was told he wasn't allowed to listen to it, Dylan has no comment for the blogs and magazines who want confirmation that he's Tyler Norse's lost love. Instead, between getting out of New York, and secluding himself in his childhood home, Dylan keeps his head low.

As September begins, Dylan is ready to move on. He's turning twenty-two and is looking forward to some freedom. He wants to focus on teaching his classes and figuring out what he's going to do with his life. Fate has other things in mind when Tyler's band plays a Farewell-for-now show, closing it out with a group remastering of the album. Hearing it for the first time sends Dylan directly into the bed of another man. Not exactly Tyler's intention. Nor the bodyguard, employed by his parents, whose bed he ends up in.

As Dylan's world spirals out of control, the question on everyone's mind is: can he and Tyler start over?