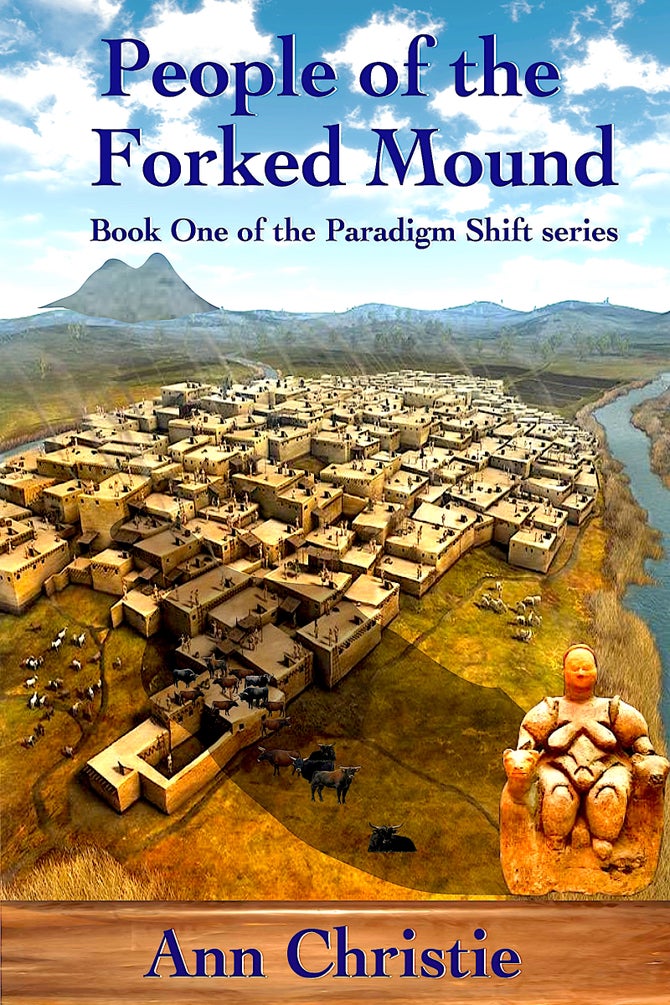 The Earth is not a hunk of rock, but a sentient living being, self-aware and fighting for its children. Humanity has lost the ability to communicate with Her, except for one People, the Saraswati, and they have been fleeing persecution for twelve thousand years, living in the shadows, building a secret Order of prodigious reach.

But now the Final Battle approaches and finding the lost scions of the Saraswati people, in one of its most ancient colonies, in Anatolia, has become the top priority. But so is surviving the coming onslaught, as Daesh sets out to destroy the Forked Mound.

Archaeologists Drs Kai Fraser and Liz Harrison, together with British Army Captain Jesse Hollier and Lieutenant Bill Morrison, make mind-blowing discoveries about the Forked Mound, its people, themselves and the world. But the looming threat of Daesh forces them to navigate their own emotional truths, as they prepare for the decisive battle that could cost them the ancient First City and their lives.