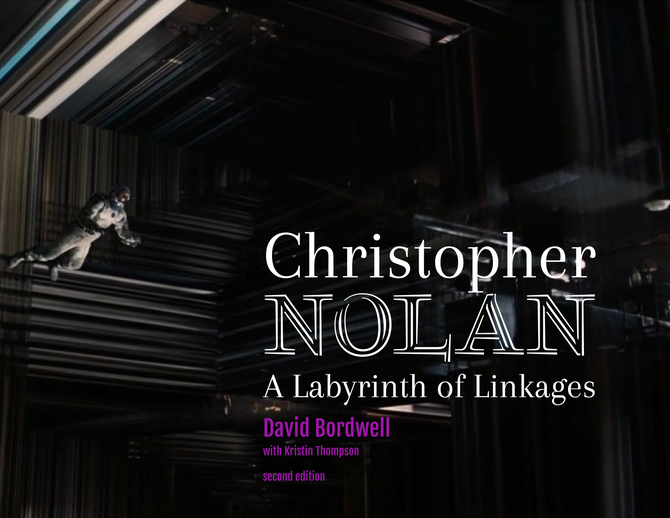 By David Bordwell
Christopher Nolan is widely considered one of the most accomplished living filmmakers. The Dark Knight, Inception, and many other of his films rank high in moviegoers’ esteem. This book traces out some of his contributions to modern American cinema—particularly his unique experiments in narrative form.

More generally, his career offers us an occasion to think through some issues about creativity and originality in modern Hollywood. How innovative can filmmakers be without losing the audience? How to combine complexity with clarity? Nolan’s career offers some solutions to these questions.

Christopher Nolan: A Labyrinth of Linkages is derived from several popular entries on the blog Observations on Film Art. The book recasts these entries and integrates them into a continuous argument, while adding illustrations and new material written especially for the book. David Bordwell and Kristin Thompson analyze Following, Memento, The Prestige, Inception, Interstellar, and Dunkirk. After gauging Nolan’s command of editing and scene construction, the authors go on to concentrate on his innovations in movie storytelling. The book treats his work as a continuing experiment with time, crosscutting, and stories within stories, all the while relying on “rule sets” that create distinct cinematic worlds. The book also argues that Nolan has been able to blend his experimental impulses with the demands of mainstream entertainment.