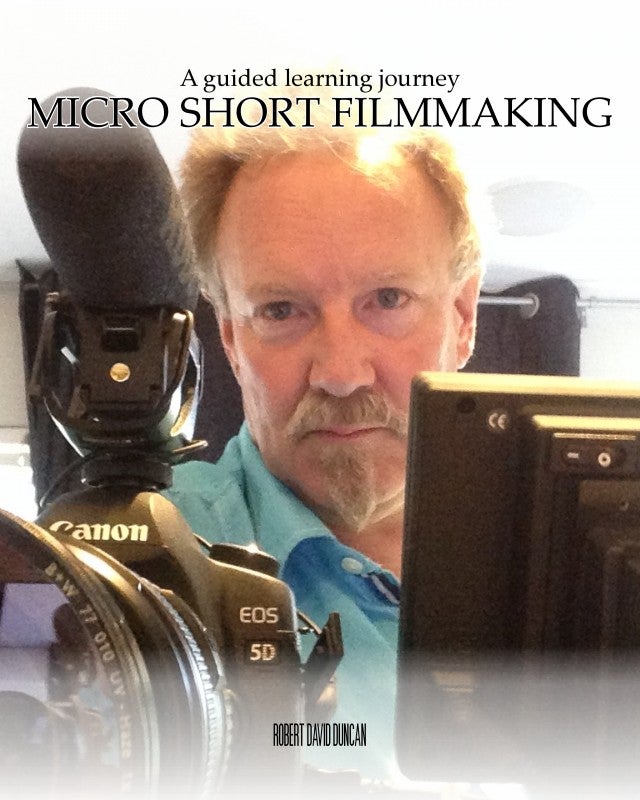 You want to make movies but you don’t know where to start. It seems there are too many barriers like lack of knowledge, money, and equipment. Plus, you never went to film school. I wrote this book for you. Together we will make your first film, a one-minute micro short, and get it entered into film festivals. We will do this all with your existing resources. Sound good? Let’s go!

I wrote this book because I had the very delightful experience of making a micro short film almost by accident, and was pleasantly surprised when it got accepted into several film festivals around the world and even got nominated for an award. Since then, I have made many more short films, and have had similar acceptance in festivals worldwide. If you had told me a couple of years ago that I would end up being recognized as a director and producer of micro short films, I might have laughed. Surely those were different kinds of people than me. How did I do it? I read, watched, learned, experimented, took some chances, suspended my disbelief in myself, blundered through with the help of online video tips, and generally just did it. This was a bit out of character for me, as it might be for you. I wrote this book for you, because I want you to feel that you too can just go ahead and make a really short film, and get it into festivals and seen by people around the world. You can do this just for fun, or because it’s something new and different for you, or just to learn and try something unfamiliar, stretching and growing yourself in the process. I am here, with this book, to mentor you through the things I learned, and get you set on your journey as a filmmaker.

Foreword, Introduction, How to use this book

Chapter One: Yes you can! - Giving yourself permission to be a filmmaker

Chapter Two: Why be a filmmaker? - Beginning to form your artistic voice

Chapter Four: Elements of micro short filmmaking - What goes into your film

Chapter Five: Your first micro short film - It’s time to go for it

Chapter Six: Intermission - Words of advice from some wise folks

Chapter Seven: The afterlife of your micro short film - What needs to happen after the film is done

Chapter Eight: Film festivals - Getting your film out there

Chapter Nine: Strenghtening your voice - Practice makes you perfectly you

Chapter Ten: Going bigger or different - The rest is all scale

Chapter Eleven: The art of collaborative filmmaking - Being a great team player

Chapter Twelve: Holding your own film festival - Pass it on and pay it forward