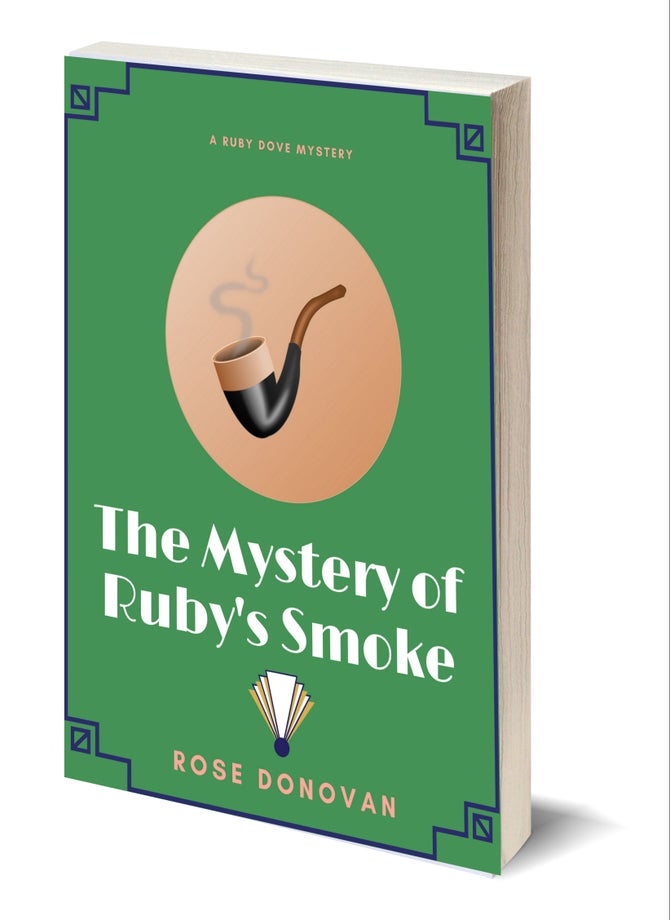 The Mystery of Ruby's Smoke (Book 3)

By Rose Donovan
Someone is a spy.

Someone is a thief.

Someone is about to become a murderer.

Passing exams is the least of Ruby and Fina’s worries as they return to their beloved Quenby College. A thief lurks amongst the students and faculty, and when an infamous guest lecturer keels over at the Dean’s sherry party, Fina is shocked to find herself the prime suspect.

Determined to clear her friend’s name, Ruby launches into a hunt for a murderer that takes her to secret college boltholes, dubious pawnshops, and a red-hot jazz club. At least she has allies she can trust – until a coded letter arrives, warning Ruby and Fina that one of their friends is not what they seem…

Will the pair evade the spy and find the killer in time to save Fina from the gallows?

If you like cozy historical mysteries with a twist, then you’ll love Rose Donovan’s fashion-spy-amateur sleuth heroes, Ruby Dove and Fina Aubrey-Havelock.