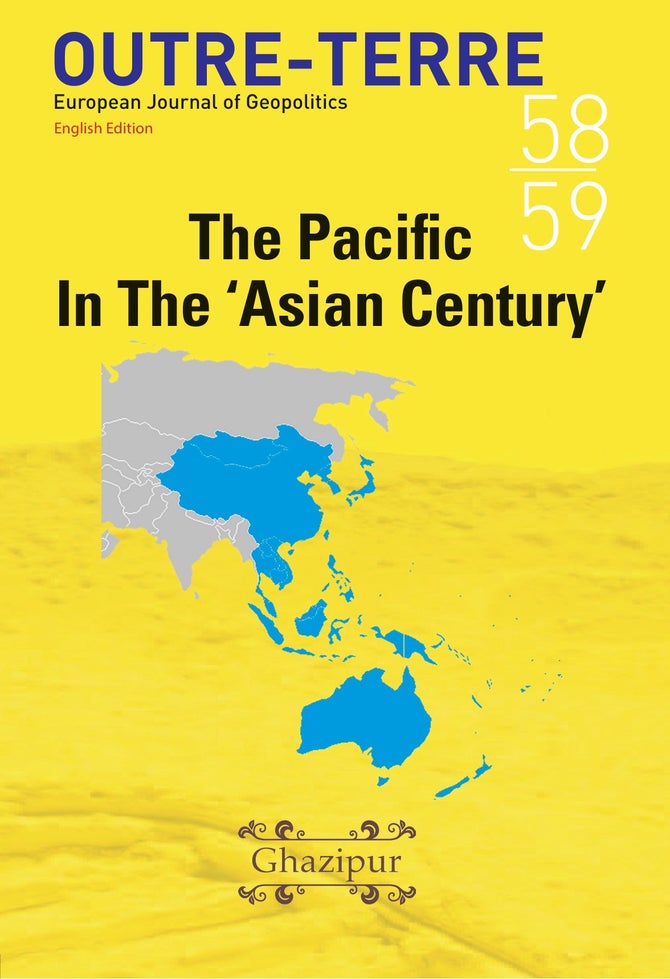 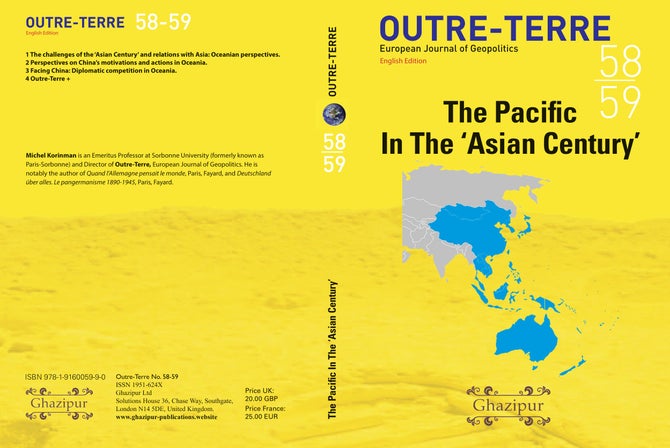 The Pacific in the 'Asian Century'

By Ghazipur Ltd
The Pacific in the 'Asian Century' is the very first English edition of the renowned journal Outre-Terre! It is the fruit of some six months of collaboration between Adrien Rodd, Guest Editor of Issue 58-59 and Editor-in-chief (International-English) of Outre-Terre, and Ghazipur Ltd.

"When discussing the geostrategic interests, tensions or opportunities of the Asia-Pacific or Indo-Pacific region, Asia generally receives more attention than the small island Pacific states and territories, or even Australia. The term "Asian century", coined in the 1980s, expresses this well: Asia's industrialised economies, partly supported by a growing domestic market with a large and growing middle class, will together account for more than half of global GDP by 2050. And precisely, Asia at the beginning of the 21st century is also an issue from the point of view of the various Oceanian governments. This issue focuses on the different modalities of the relationship between the Oceanian world and East Asia, as well as the reactions that these relationships generate among the Western powers," writes Guest Editor Adrien Rodd.