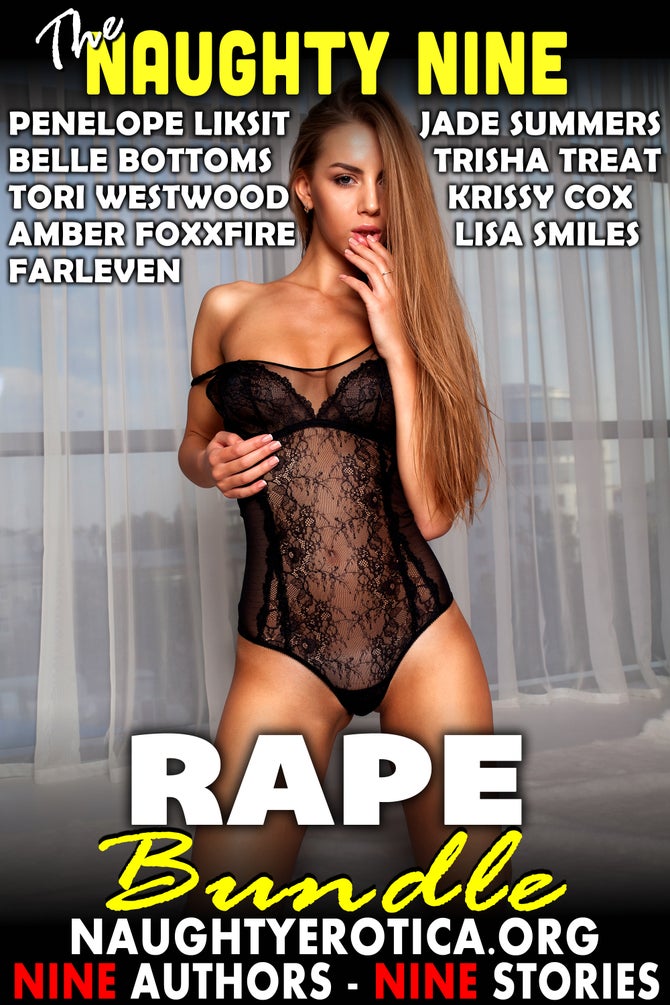 By Amber FoxxFire
9 volcanic-hot Rape stories from some of the biggest names in the business: Penelope Liksit, Krissy Cox, Jade Summers, Farleven, Tori Westwood, Lisa Smiles, Trisha Treat, Belle Bottoms and of course the queen of smut herself: Amber FoxxFire!

You are in for a REAL treat with these bad boys! When you’re ready for more, grab some of their other stories and see what they’ve got in store for you!

- Raped By The Stallion by Penelope Liksit

I have paid ten million dollars to watch what I want on the dark web. One virgin, one stallion, let the show begin...

- Friday the 13th with Daddy by Krissy Cox

Brandy's been living dangerously and making bad choices that could really affect her future. As her father, I was desperate to take control of this critical situation, so I turned to hypnosis. And tonight Brandy's going to be scared straight.

- Ass Raped by My Dad and His Friends by Jade Summers

- To Be Processed by Farleven

Jessica and her friends were off for their last spring break adventure. They thought they’d been arrested when they stopped at a rest stop until they realized they weren’t being taken to a police station. Jessica soon discovers their real fate, to be reprogrammed and turned over to the whims of their new owners.

While the processors use her own memories and sexuality against her, Jessica vows to resist as they attempt to brainwash her. She joins her friends as they descend into a realm of wicked pleasures and unrestrained passion.

Will they be able to fight back or will they succumb to their fate?

This story can be read on its own or in sequence as part of my Pink series of books. The series follows the exploits of Iraq War veteran Ian, a fan of a fictitious wiki page called The Returned Serviceman’s Guide to Teen Pussy. Following its advice, Ian has been in the pants of his eighteen-year-old daughter Heidi, and quickly progressed to having sex with her friends. It started with the best friend, Anna, who virtually grew up at his home and in no time involved the encounters you will read about now.

- Raping the Brat by Trisha Treat

Emma has been a brat her whole life, always treating her Daddy like dirt even though he spoils her. Now that she is 18, Daddy has had enough of her bratty little games, and he decides that the next time she opens her pretty mouth to talk back, he is going to STUFF IT FULL OF HIS BIG *****!

Lisa is on her way home from college when she runs out of gas at a truck stop in the middle of the night. She decides to panhandle for the gas money but winds up being taken into the filthy truck stop men's room and being filled up in every hole by dozens of men. They make a call out on the cb radio and invite every trucker on the road to stop by and party with Lisa in the bathroom.

- Raped by Daddy! By Amber FoxxFire

Seeing his 18-year-old daughter making out with his son infuriated Stan. Kicking his son out, he descended upon his helpless, naked daughter, forcing himself upon her until he shot his incestuous **** deep in her fertile belly.