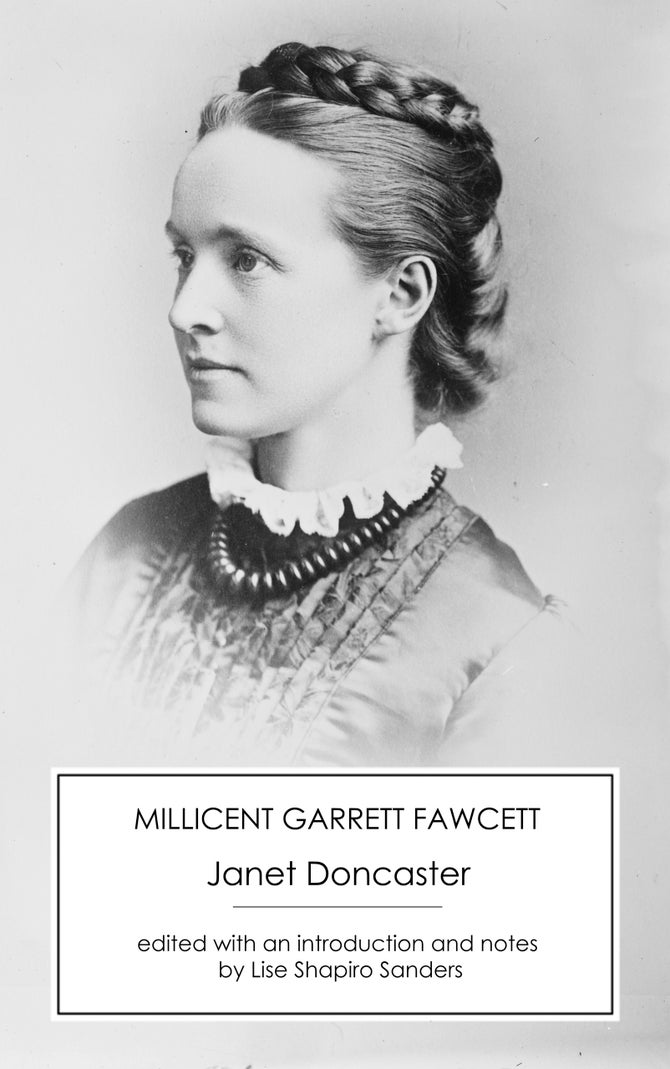 
Reminiscent of the Brontës’ Jane Eyre and The Tenant of Wildfell Hall, Millicent Garrett Fawcett’s Janet Doncaster chronicles a young woman’s struggle for independence. With no fortune, no family to support her, and no practical skills enabling her to earn a living, Janet is lured into an unwanted marriage and must confront an uncertain future.

Dame Millicent Garrett Fawcett (1847-1929), known today for her leadership of the British constitutional suffrage movement, distinguished herself initially as an author of works on political economy and women’s rights. Her only novel, first published in 1875, explores the politics of marriage and domesticity at a time when middle-class women were actively challenging the sexual double standard in the realms of law, education, work, and family. Janet Doncaster anticipates the concerns of the New Woman novel, combining Fawcett’s astute political insight with a compelling tale of fidelity, betrayal, and self-determination.

Along with extensive additional contextual material, including: