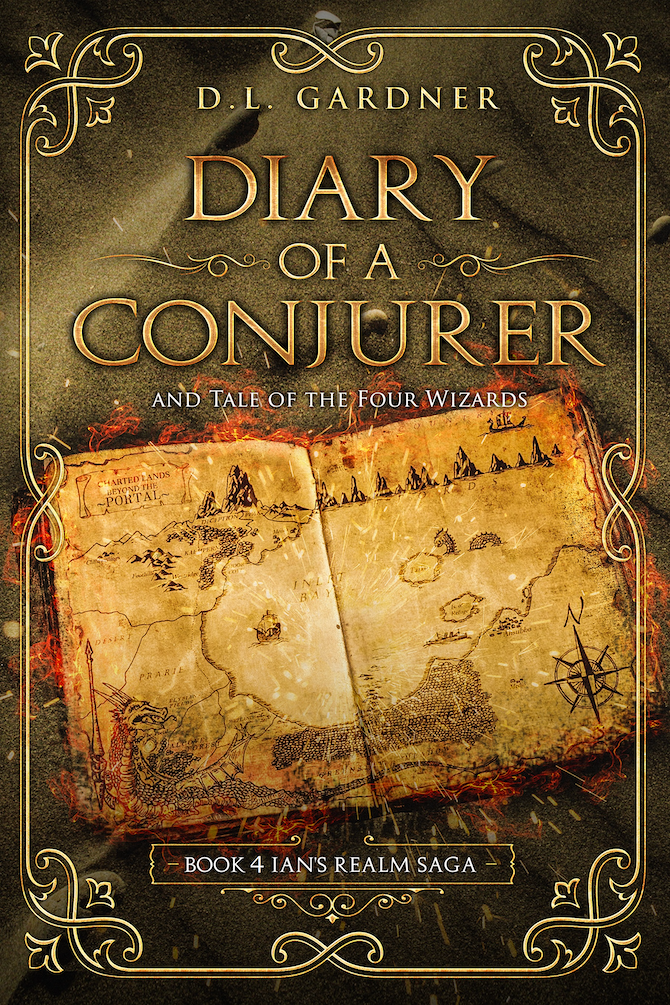 Diary of a Conjurer

By D.L. Gardner
When the old wizard Silvio eyes a woman dragging an unconscious young man ashore on his beach, he suspects the worst. A sorceress warrior from the island of Taikus could mean nothing but ill will. But who is the boy? With a burst of magic, he freezes the warrior into a bronze statue and nurtures the boy back to health. The teenager, Ivar, explains that he is on a quest to discover his past, but a violent storm cast him into the sea.

Silvio's suspicions grow, and he wonders why a Taikan would rescue an archer from Kaempern since they are known, enemies.

When Silvio joins Ivar on his journey, his answers come all too quickly. He, too, becomes the evil queen's prey, and there's a reason she's keeping him alive.