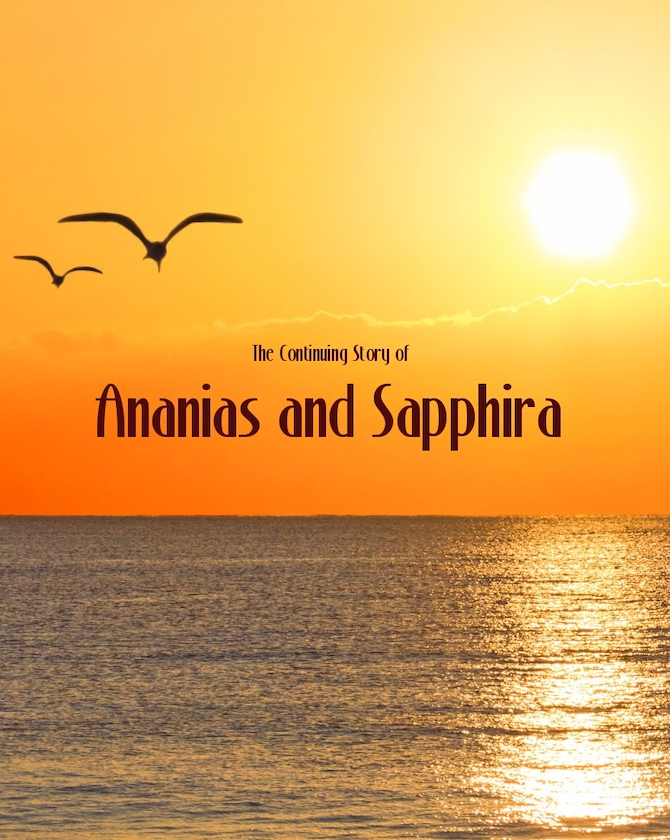 The Continuing Story of Ananias and Sapphira: Deluxe Edition

In the New Testament's Book of Acts, a mere eleven verses tell the story of Ananias and Sapphira, two sadsack converts who were caught defying the rules of the first Christian community in Jerusalem and promptly "gave up the ghost." Based on these records, mainstream religion treats them as thieves who got what they deserve, and as far as we know the story ends there....until Ananias wakes up in his counselor’s office at the Middle Realm division of Pearly Gates, Inc.


With the help of the archangel Gabriel as a world--weary case worker, Ananias must untangle the circumstances of his abrupt passing, and grapple to understand why his beliefs did not give him a free ticket to Heaven. What he learns through his purging process gives an entirely different meaning to the concept of salvation, and teaches us that, no matter how bureaucratic and exclusive it can seem through our black-and-white-colored lenses, Divine mercy leaves no one behind.


In the spirit of The Last Temptation of Christ which inspired it, Waldo Noesta’s debut story challenges every literal assumption we make about the Good News of Christianity while affirming its essence. As an antidote to rigid fundamentalism and scriptural idolatry, it offers in its place a spiritually progressive vision based in the Perennial wisdom that Christianity shares with other faiths, as well as basic human values like compassion and self-sacrifice. The result is a cleansing of the lens through which we view the ancient teachings on timeless metaphysical truth, a discourse on the role of fresh insight in keeping those teachings relevant and vital, and a joyful celebration of life and love.

The 2020 Deluxe Edition includes a brand new, very personal reflection on the backstory of A&S by the author, recalling his time as a misfit member of an evangelical church in Oregon, as well as commentary straight from the composition notebook where A&S was penned.