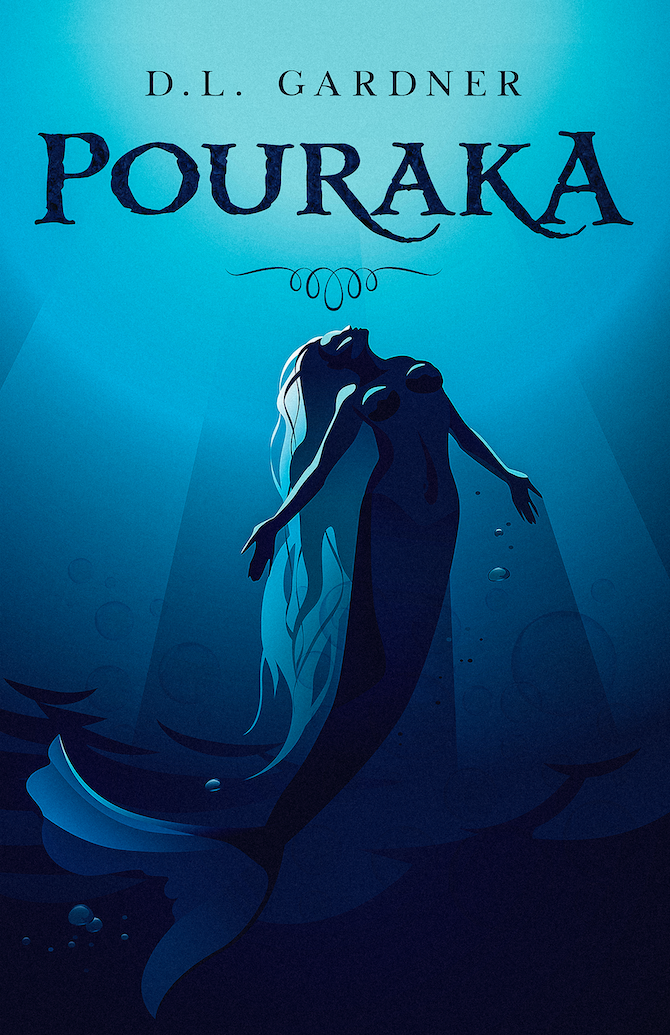 By D.L. Gardner
Pouraka is a magical sea cavern tucked under the rocky cliffs near a rural seaside town called Barnacle Bay. Cora, a Pouraka mermaid, is comfortable changing into human form to visit her friends onshore. But when a foreign clan of merpeople asks for help, Cora's world changed. Among the strangers is a handsome and passionate merman, Tas, whom she quickly falls in love with.

The foreign clan fled their homeland in search of another cavern when men invaded their waters. Trouble follows them when an unscrupulous oil rigger's son discovers the rich aquatic life Barnacle Bay harbors. Mermaids, instead of dolphins, become his prey.

The man's quest to capture and sell a mermaid or two to a marine amusement park proves perilous for both Cora and Tas, and their families. Both clans must fight for their lives and all sea life that call Pouraka home.