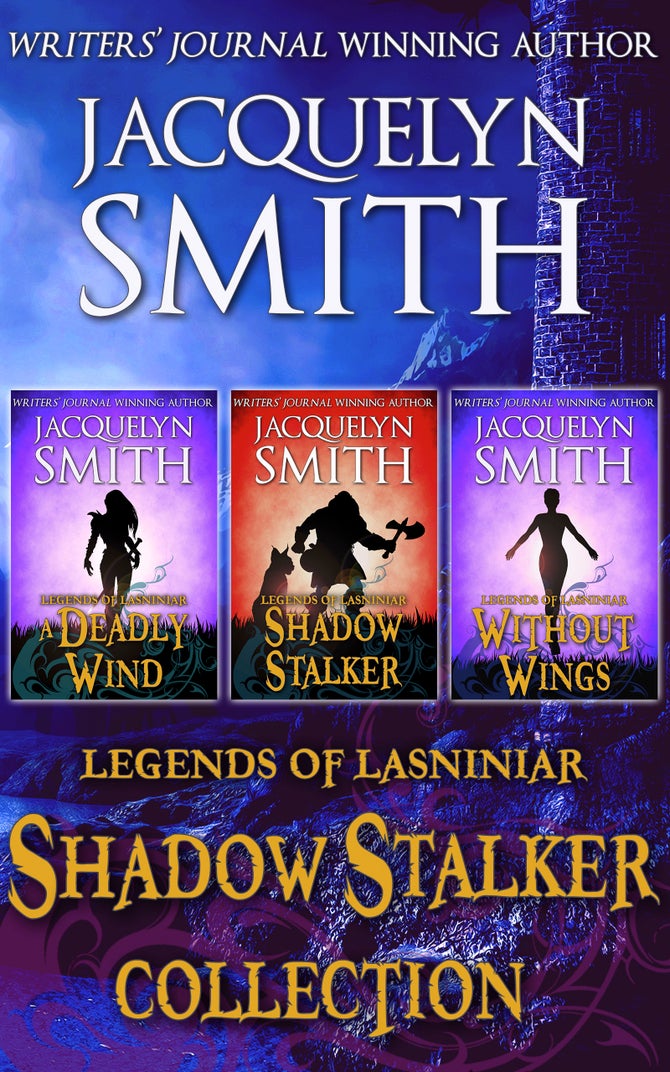 Years later, Barlo journeys from Dwarvenhome to protect the human city from a different kind of enemy. And during the war that falls between these two events, a wingless Sky Elf discovers her true heritage.

Experience a glimpse of the vast reaches of the World of Lasniniar in this collection of adventures from the epic fantasy series by award-winning author, Jacquelyn Smith. This collection includes three stand-alone shorts:

Legends of Lasniniar: A Deadly Wind

Legends of Lasniniar: Without Wings

Heir of Belierumar. Commander of the city army.

Linwyn takes pride in both titles. She rides through the streets with her twin brother following in her shadow—an inseparable pair.

Linwyn looks for adventure. But she knows her brother sees the ride as an escape.

And as a dark presence falls over Belierumar, both Linwyn and Golaron find themselves getting more than they bargained for.

A stand-alone story of Linwyn and Golaron’s past from the World of Lasniniar epic fantasy series.

The only Sky Elf ever born without wings, Arinwyn does her best to ignore the taunts and slurs. Bad enough she can never know the thrill of flying. Must she suffer the cruelties of her own kind as well?

But the winds of change blow from beyond the elven wood as the Fallen One stirs.

...And more than Arinwyn realizes lies hidden within her wingless heritage.

A stand-alone origin story from the World of Lasniniar epic fantasy series.

Barlo wanders the underground streets of Dwarvenhome with only the wildcat Sinstari for company.

His days of adventure seem long behind him. He misses the thrill of battle, the journey to strange new places...

Bereft of the elven best friend who always accompanied him into danger, Barlo’s life now revolves around a seemingly endless stream of clan meetings.

But fate—and Sinstari—have other plans.

A stand-alone story of action and adventure from the World of Lasniniar epic fantasy series.