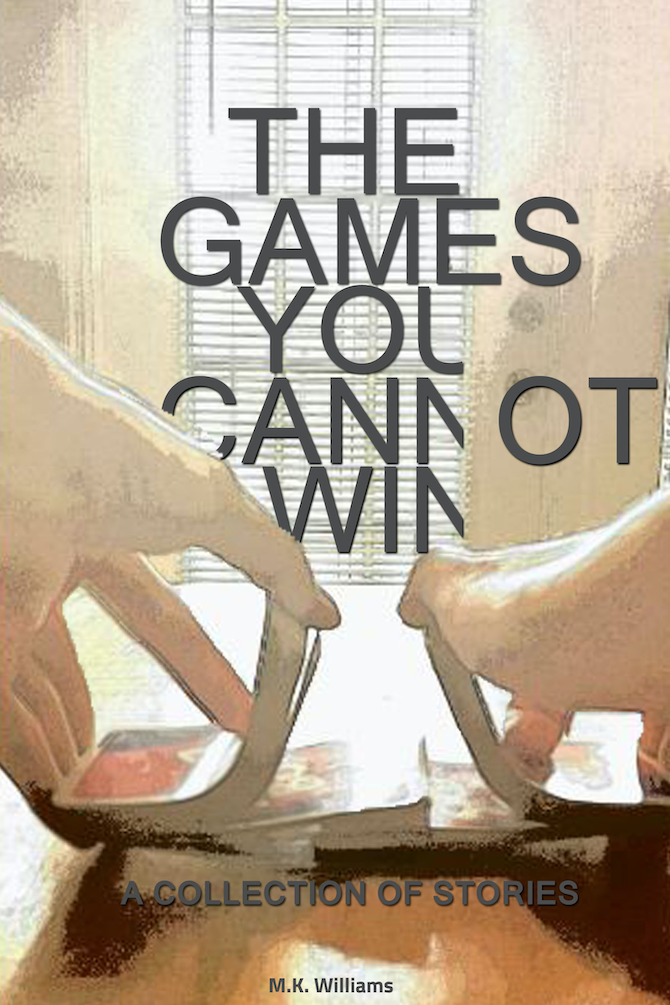 The Games You Cannot Win - Paperback

By MK Williams Publishing, LLC
Roll the dice, pick a card, tell a lie, hide the truth. Whatever the move, it’s all just part of the game. Follow the lives of four very different characters who are all trapped in an insidious game. Each story delves into the intricate web of misaligned motives and obscured half-truths.

In This Business
A career hangs in the balance between a wicked deal with a publishing company and a daughter’s loyalty to her mother. As she works furiously to meet her deadline, she debates the impending betrayal: her ambition, or her beloved mother.

The Joker
In the middle of his quarter-life crisis, Randolf, a young reporter, stumbles upon a political scandal so dark and treacherous that it threatens the very fabric of our democracy. Will he reveal the truth before it is too late, or will the innate powers of human nature ruin his story before it is even printed?

Dolly
Katherine Hertzfeld-Doll has just begun her term as a Supreme Court Justice. Before she can even get her bearings she is thrown into a scandal that threatens to compromise her life’s work and end her career. Will she cave under the pressure or will she use her political power to hide the truth?

Escaping Avila Chase
Agent Trevor Hobbertson is about to crack the most important case of his career with the FBI. As he pursues the criminal he is also taunted by vivid memories of his ex-girlfriend. Is that nagging feeling that he is being taunted founded, or is there an evil mastermind lurking behind the scenes and planning his demise?