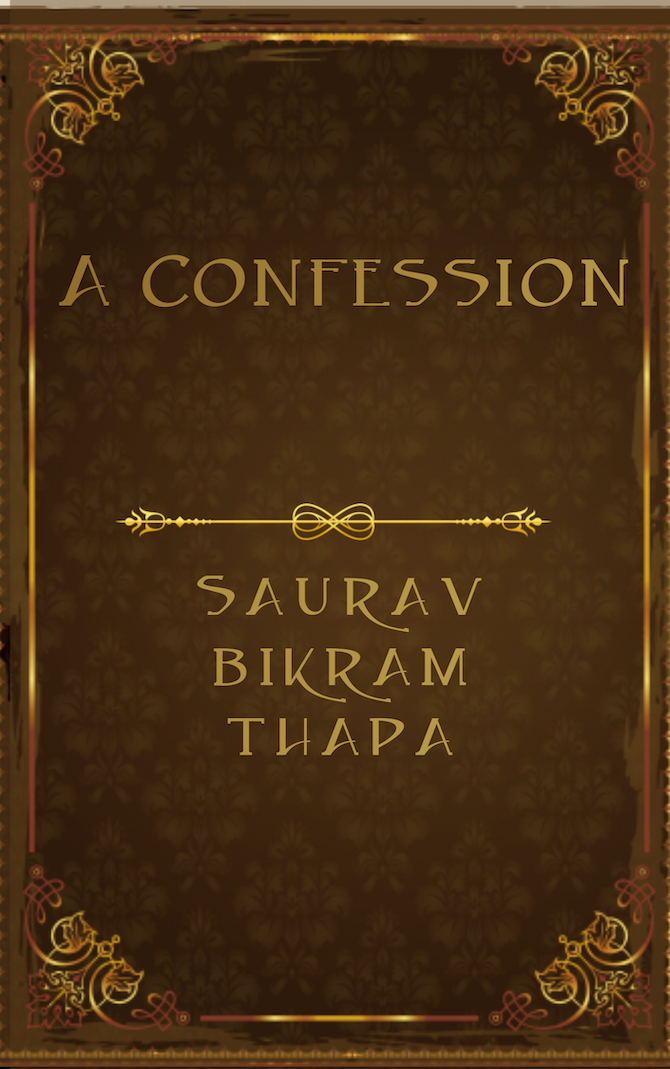 A Confession - A Short Story - Fear and Loathing in Kathmandu

A Confession (June, 2010) is a short story by Saurav Bikram Thapa. The story details life of a young, bohemian Nepali who is searching for his own meaning in life.

"I used to be a Byronic hero plagued with melancholic and pensive temperance.  I assumed such a character not long into my teens where I started ruminating about humanity; our inexplicable creation and the absurdness into which we are thrown. It was during this time, I turned into an atheist and till today I denounce plausibility of providence and/or its good intent. This has always been the part which, I guess, epitomizes me, that I am such a cheerless protagonist. For the fun of creating an aura of poignancy, I used to caper cut with childish ideas like, god does exist and that s/he is/are not goodness but manifestation of what humanity has turned into; a wretched pile of old, heavy, unread books in a sodden cellar of a cold and horribly aged spinster who has managed to give away the possibility of a cheerful life to an embrace with loneliness; opting for servitude to loneliness instead of vain pleasures that actually give modest meanings to life".