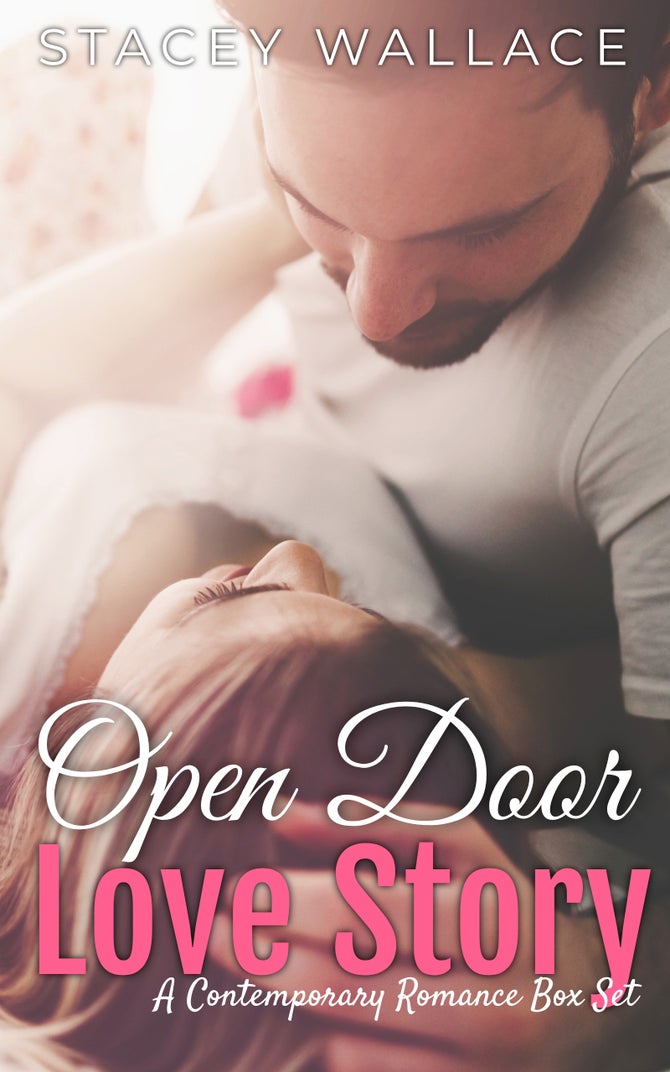 He stole her lipstick… and her heart.

Twenty-year-old Dani Walker can’t believe her luck when she’s paired up with the gorgeous Liam Garrett as her Acting I scene partner—or when he ends up in her bed. Being a Plain Jane with a mouth on her hasn’t exactly served Dani well in the guy department. In fact, she’s had nothing but one-night stands. Still, she lets go of her insecurities and falls for Liam, despite feeling like he’s holding something back.

When Dani finally discovers Liam’s secret, she must learn the true meaning of accepting the ones we love for who they are, or risk losing the best thing that’s ever happened to her.

She was drowning, and he was the only one who could save her.

Brynn Garrett is unsure about a lot of things. Was taking a year off between high school and college to learn the family dry cleaning business a smart move or a stall tactic? Is she maintaining a long distance relationship with her boyfriend Andy because she loves him or out of habit? And will her family of four ever be in the same room again since her older brother Liam broke their mother’s heart by simply following his own.

What she does know is that ever since Gabe Riley rolled into her life with his beautiful smile and his easy confidence, Brynn is seeing herself less as a lost little girl and more as an independent woman who goes after what she wants.
And what she wants is Gabe.

She followed his lead every step of the way.

Love has to be about more than drunk hook-ups and kissing in the rain… right?
After many failed attempts at rehab, Izzy Sundall moves to Oregon from Idaho to live with her aunt and uncle and work at their dog kennel. Fed up with disappointing her family, Izzy vows to never take another drink or sleep with another guy who doesn’t value her. Well, she vows to try.

When she meets Duncan Fieri—a clean-cut CrossFit Coach and former dog handler with the military police—Izzy is sure a good guy like him won’t look twice at a bad girl like her. But he does look at her. Duncan has been where Izzy’s at and he thinks they can help each other navigate the tricky landscape of addiction and falling in love.

That is until Izzy screws up because that’s what she does. But maybe this time she’ll find the strength to love herself enough to let Duncan love her too.

Scars On Our Hearts

When scars heal over, they trap the pain under your skin.

Nothing bad or interesting ever happens to Elizabeth. She’s the rock all of her friends count on and come to for advice—especially her best friend and roommate, Dani.
So, when Elizabeth’s fiancé Alex dumps her and she gets into a horrible car accident on the very same day, she’s not emotionally equipped to face her bleak future, much less heal the scars on her heart.
Dani suggests Elizabeth should have a fling with Wade, the hot firefighter who pulled her from her burning car.
But she could never… could she?
Too soon. Too risky. Too out of character.
Too perfect.